KFSN
By Corin Hoggard
FRESNO, Calif. (KFSN) -- Action News has uncovered new details in the case of an alleged affair between a high school coach and one of his young players.

Chris Ybarra's fall from grace was a hard one. The Sunnyside softball coach went from one-time league champion to Fresno County inmate this month, facing accusations of lewd acts with one of his players. The girl recently came clean to her parents and when she told police, they recorded her next phone call to Ybarra.

Action News dug up court documents describing what led up to that call. The 15-year-old said Ybarra, who she knew as Chris Freitas, started grooming her in the eighth grade by showing her extra attention and touching her whenever possible.

She told police she thought the coach would stop playing her if she didn't submit to sex acts. At one point, she said he even implied he could move on to her backup -- on the field and for sexual purposes.

"It's a form of extortion," Capozzi said. "You're forcing her to do that. If she doesn't, she's going to lose her position on the team, may lose a scholarship to college. It's pretty serious stuff."

Just after the phone call, police say they went to Ybarra's house and arrested him. In a search warrant, detectives say he admitted taking the girl to Kearney Park and other locations over the course of a year so they could have sexual contact. He also admitted to a sexual relationship with a former player, but said she was 18 before they consummated it.

Capozzi says the school may face a lawsuit, especially because the allegations cover such a long period of time.

"Why wasn't this discovered?" he said. "What kind of supervision did the school have over this individual? This could be a pretty substantial case for the victim in this case."

For now, though, there is no civil case, just a criminal one. And Ybarra is due in court Wednesday morning. 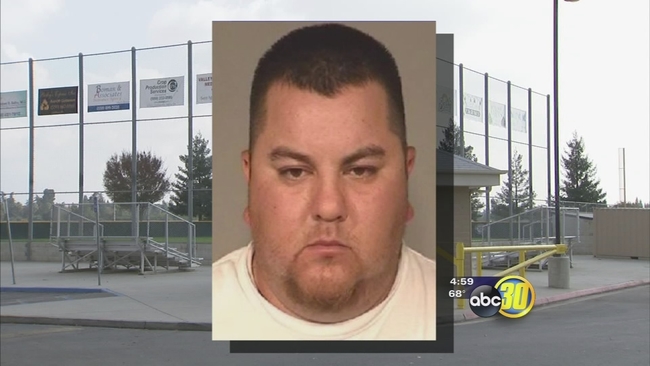