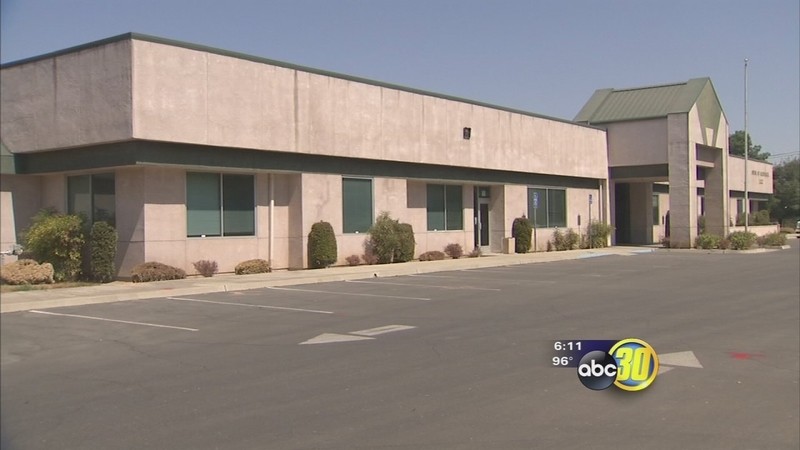 FRESNO, Calif. (KFSN) -- You'll soon see a lot more construction throughout Downtown Fresno, as buildings will be demolished to make room for the high-speed rail.

Diana Gomez with the California High-Speed Rail Authority showed Action News where the train will go. The Rail Authority decided tracks need to be laid here, meaning the two buildings that housed parole agents and greeted offenders had to move.

"We worked with them for more than six months to notify them of the process, notify them of our timeline, and then worked to help them get relocated to a new building, and it's my understanding they're all in one building versus two buildings," said Gomez.

Parole agents now work out of a building across the street from the Fresno Yosemite International Airport. And as for the two other G Street buildings, the Rail Authority says the state was leasing them, which means the rail bought the land from a private owner. It's a process they've been repeating to keep their construction goal.

"This particular phase is the clearing and the grubbing as we prepare for construction, like I mentioned we come under 180 so we'll be in a trench," said Gomez.

To get the buildings ready for demolition they have to strip them of hazardous materials, and PG&E finds and then shuts off gas and electric lines. This is what's been going on throughout the 29-mile first phase of the high-speed rail, all right here in Fresno and Madera counties.

"We can construct a lot more miles here in the Central Valley cheaper then we could, say, in Los Angeles," said Gomez.

Gomez says by next year, 90 miles of the Central Valley -- the region they call the backbone of the system -- will be under construction.

Once the tracks are laid, the high-speed rail will need to be tested for about two years, but the goal is for everyone to be able to ride it in 2022.