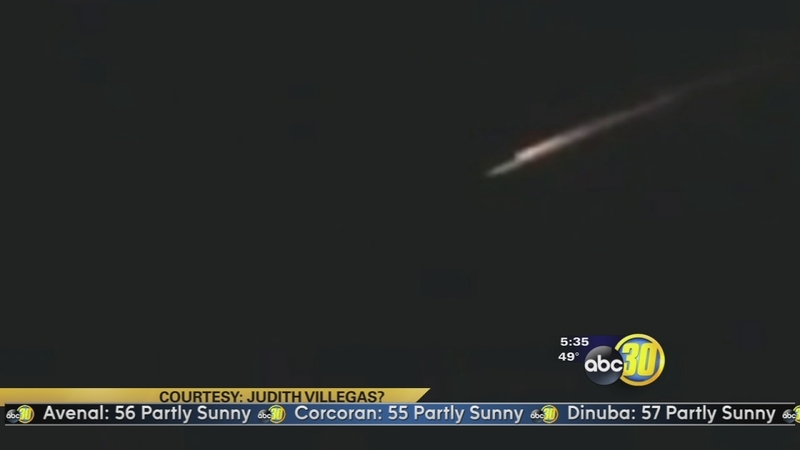 FRESNO, Calif. (KFSN) -- Many people are taking to social media talking about a mysterious light over California Tuesday night and trying to guess where it came from.

The light could be seen as far north as Sacramento and as far south as Los Angeles County. Some even claim to have seen it over Las Vegas.

Astronomers said it could've been a meteor or space debris hurtling through the atmosphere.

There was a similar light in the sky last month. The military said that light was an unarmed missile from a submarine off the Southern California coast.

Vandenberg Air Base officials in Santa Barbara County said there were no planned launches Tuesday night.