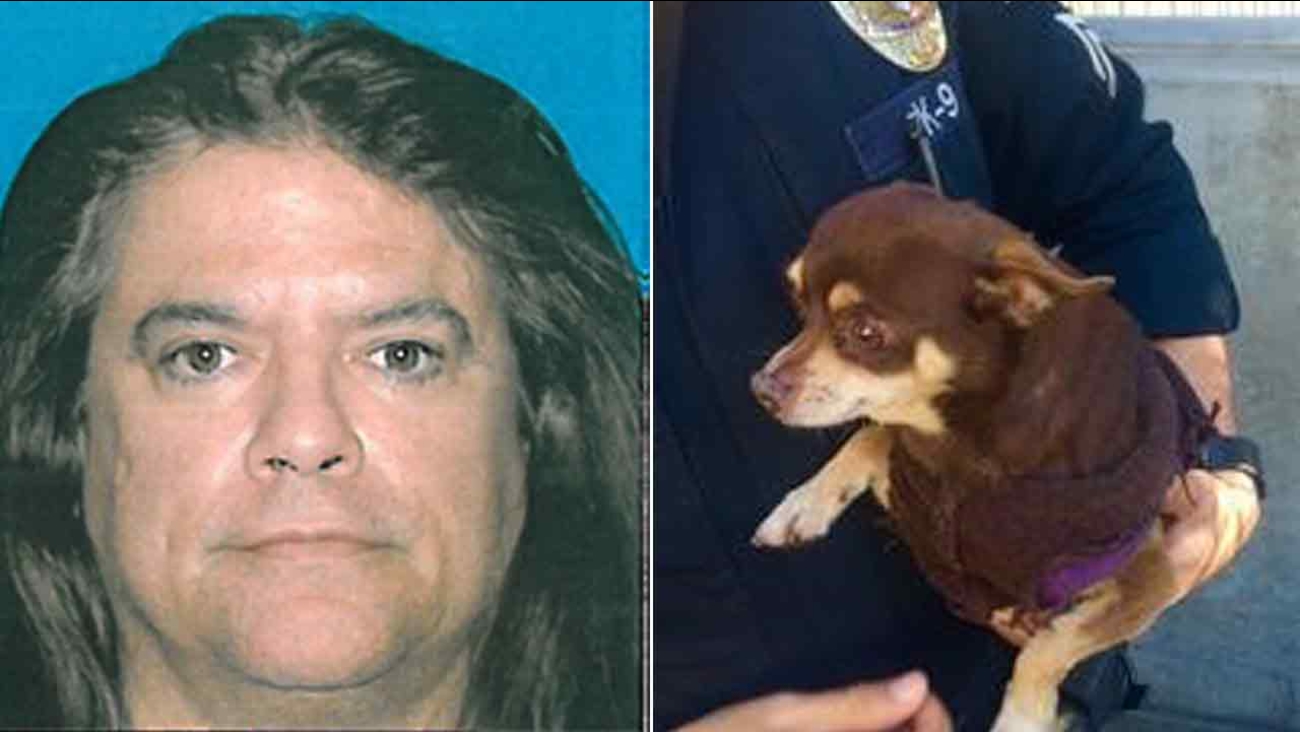 SOUTH PASADENA, Calif. -- South Pasadena police arrested a man accused of kicking and swinging a Chihuahua in the front lobby of the South Pasadena Police Department.

At about 10 a.m. on Saturday, officers were dispatched to the lobby to investigate reports of animal cruelty.

An on-duty police department records clerk was working near the area and heard a man, later identified as 48-year-old Christian Andrew Najera, yelling.

When she looked at a monitor displaying surveillance video, she saw the suspect kick a Chihuahua on a leash and quickly notified a police dispatcher, according to a press release issued by the South Pasadena Police Department.

The records clerk then saw Najera kick the dog several more times and violently swing it in the air by its leash in a circular motion.

Najera tried to leave with the dog but was followed by the records clerk and a police dispatcher.

He was quickly found at Mound Avenue and Mission Street and was subsequently arrested.