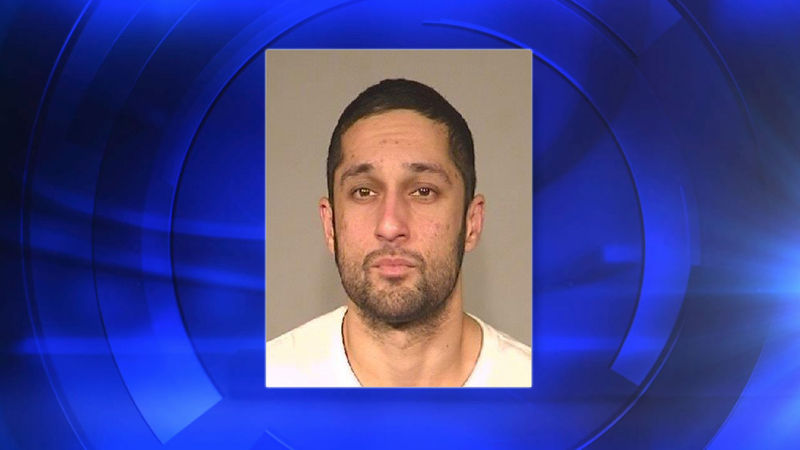 FRESNO, Calif. (KFSN) -- Fresno police have released new details about the man accused of thousands of dollars in damage at a local mosque and a business during a Christmas Day vandalism.

Asif Mohammed Khan, 28, was arrested on several counts of felony vandalism and burglary. Khan is now identified as the man in a video, destroying a place of worship. The surveillance video from the Islamic Cultural Center of Fresno shows a brazen Khan making inappropriate gestures at the camera before leaving to vandalize another building nearby.

"He said that he was upset with a few people at the Islamic Culture Center," said Fresno Police Chief Jerry Dyer.

Khan, who is now in custody, has been charged with vandalizing and burglarizing the mosque and the California Digestive Disease Center on Christmas Day. But a new development from the suspect's sister, who spoke at a press conference Saturday on behalf of her parents, reveals Khan suffers from schizophrenia and may have been mentally unsound at the time of the crime.

"We are deeply sorry for the incidents that occurred on Thursday. This was not a hate crime but a result of a mental condition in which our son was in a manic state," said Samia Khan. She gave Action News a letter from the suspect's doctor, confirming the diagnosis of his mental illness in 2009.

Chief Dyer said this changes the context of the investigation. "I'm not here to provide his defense but I do believe it provides some form of explanation and may serve to reduce some fear," he said.

The suspect, according to investigators, smashed in glass doors and windows with river rocks at the two properties. He then poured bleach, motor oil and water on electronics and furniture. Khan told police he was trying to retaliate against a few people who bullied him over the years. Now, members of the cultural center say they're hoping to restore the property back to its original condition.

"Thank you to all those who did come out and show our center support," said Islamic Cultural Center manager Reza Nekumanesh.

The FBI is going to review the evidence next week and determine if they believe the vandalism should be investigated as a hate crime.