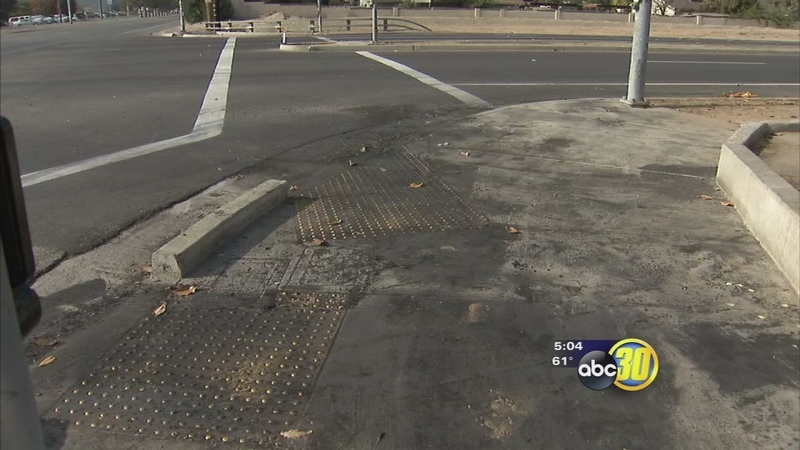 FRESNO, Calif. (KFSN) -- A 31-year-old man has been identified as the suspect in a deadly hit-and-run crash in Southeast Fresno. The fiery collision happened late Saturday and killed a mother and her daughter.

The suspect is a man who's not from this area. Police have confirmed he was highly intoxicated when he smashed into the victims' vehicle at the intersection of Jensen and Chestnut.

Balloons flutter and candles burn where a fiery crash over the weekend set this street corner ablaze. The suspect now accused of killing two people and injuring several others is identified as 31-year-old Rafael Arce Pedroza.

"He admitted spontaneously to the officers who arrested him that he committed the crime and he ran from the scene," said Fresno Police Lt. Joe Gomez.

He said Pedroza was found hiding underneath a bed at an apartment complex around the corner from the crash. A security guard saw Pedroza stumbling through the complex and alerted police.

"He exhibited strong signs of intoxication when they arrested him. There were also some beer bottles found in his car," said Gomez.

Five victims were in a Nissan Pathfinder when they were struck from behind at the Southeast Fresno intersection. Three of the victims made it out of the blazing car, but 40-year-old Jacqueline Rivera and her 11-year-old daughter Aaliyah Chavez didn't survive the crash.

"There's nothing here the family did wrong. They were simply waiting for a light to cycle to green," said Gomez.

In addition to the numerous charges Pedroza is now facing, he's wanted out of Orange County for a felony warrant for assault with a deadly weapon, according to police. They also say he's had a prior DUI charge out of San Diego.

Family members gathered Sunday to remember their loved ones and try to make sense of the suspect's actions.

"Drinking doesn't make you a man. If you want to be responsible, stay at home. Don't drive and cause people pain," said Jorge Rivera, the victims' family member.

Pedroza is recovering from surgery in the hospital but has been charged with numerous offenses including gross vehicular manslaughter and felony DUI.