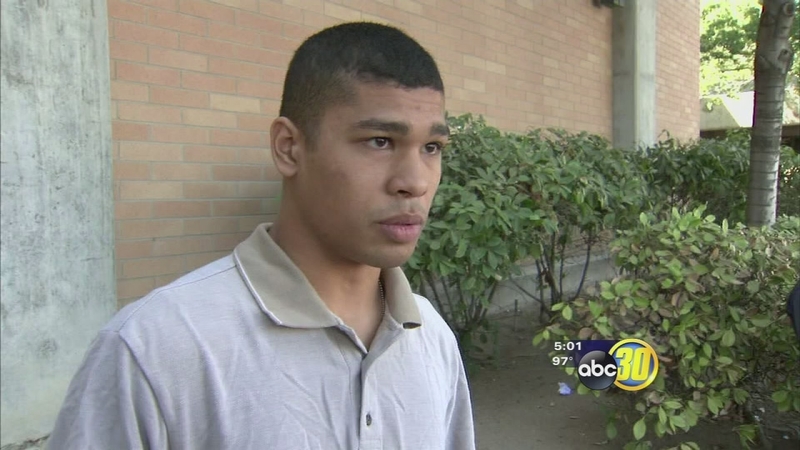 Aaron Nevarez, 18, and his 17-year-old brother are accused of tagging the school this week and sending the principal a bomb threat.

Nevarez was released at 2 p.m. Friday from the Fresno County Jail. Before leaving, he told Action News he wanted to clear things up.

"First of all, the only thing that we did was tagging with my brother once, so the bomb threat was somebody else," said Nevarez. "Don't have anything against Bullard schools, nothing. So, the bomb threat a lot of people are talking in and out of place so I didn't do the bomb threat."

"There's a lot of questions that we still do not have answered at this point," said Dyer.

Chief Dyer says Nevarez's younger brother was the instigator in this case. He says a divorce pushed him to create the "Merry Men."

"The younger brother has developed some anger inside and disillusion with the establishment," said Dyer.

Police are also interviewing a third "Merry Men" member. They say the trio had nothing to do with the threats posted on social media that escalated the situation on Thursday. Still, Chief Dyer says he's glad they've arrested the brothers.

"We do believe we caught someone early enough in what they were doing to have prevented something that could have been much more worse in our community," said Dyer.

The Nevarez brothers are facing felony crimes for the vandalism.

Another arrest was made in this whole series of events. A 15-year-old Fresno student was arrested for posting threats on social media.