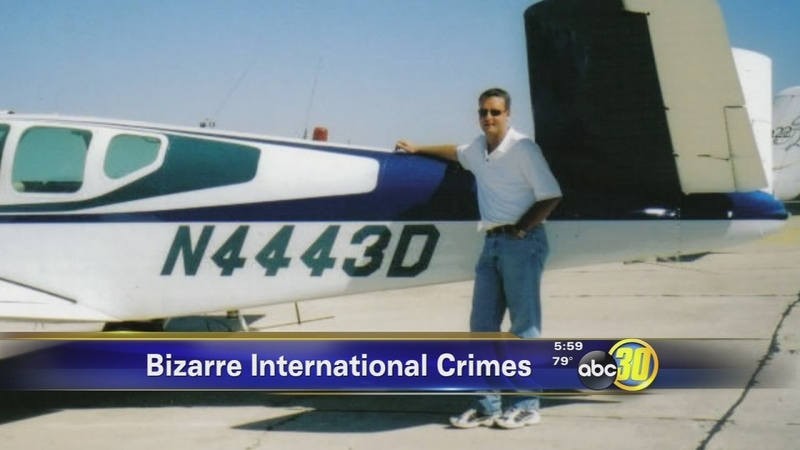 FRESNO, Calif. (KFSN) -- A con man accused of bilking Valley residents out of millions has turned up in a South African jail, connected to a bizarre and international crime ring. Those crimes involve rhinoceros poaching in South Africa.

Arno Smit is now named in a more than 300-count indictment, along with nine others. He's a suspect Tulare County authorities have been after for more than four years.

Ask the people he's accused of scamming and they'll tell you Arno Smit talked a big game. There were private jets, fancy dinners, outings at the PGA Masters Tournament, and for Jackie Atkinson it was romantic.

"I look back on it and it was stupidity," said Atkinson.

The two met on a dating website for millionaires. But then Atkinson said Smit needed money. Time and time again she helped him out to the tune of $586,000.

"He's the typical scam artist, he has the gift of the gab, he makes you feel important and guarantees you'll get your money back," said Atkinson.

"Hell hath no fury like that of a woman scorned, and that's exactly what happened here," said Pipkin.

Pipkin and his agents searched all over the Valley and Southern California armed with a warrant, demanding that Smit appear in court. The deeper Pipkin dug, the more he found out about Smit and the more victims he uncovered.

"He started out small and was defrauding his employer of bull semen and selling it and getting cash for it, and then he advanced up to selling herds of cows to different dairymen and people," said Pipkin.

Four and a half years later, Smit turned up in South Africa, connected to a huge rhinoceros poaching ring.

And Atkinson says she couldn't be happier that the man she once trusted with so much has finally been caught.

"If he's behind bars and he can't do it to anybody else and he can't do the atrocities that have been going on over in South Africa, then I'll be more than happy and sleep very well at night," said Atkinson.