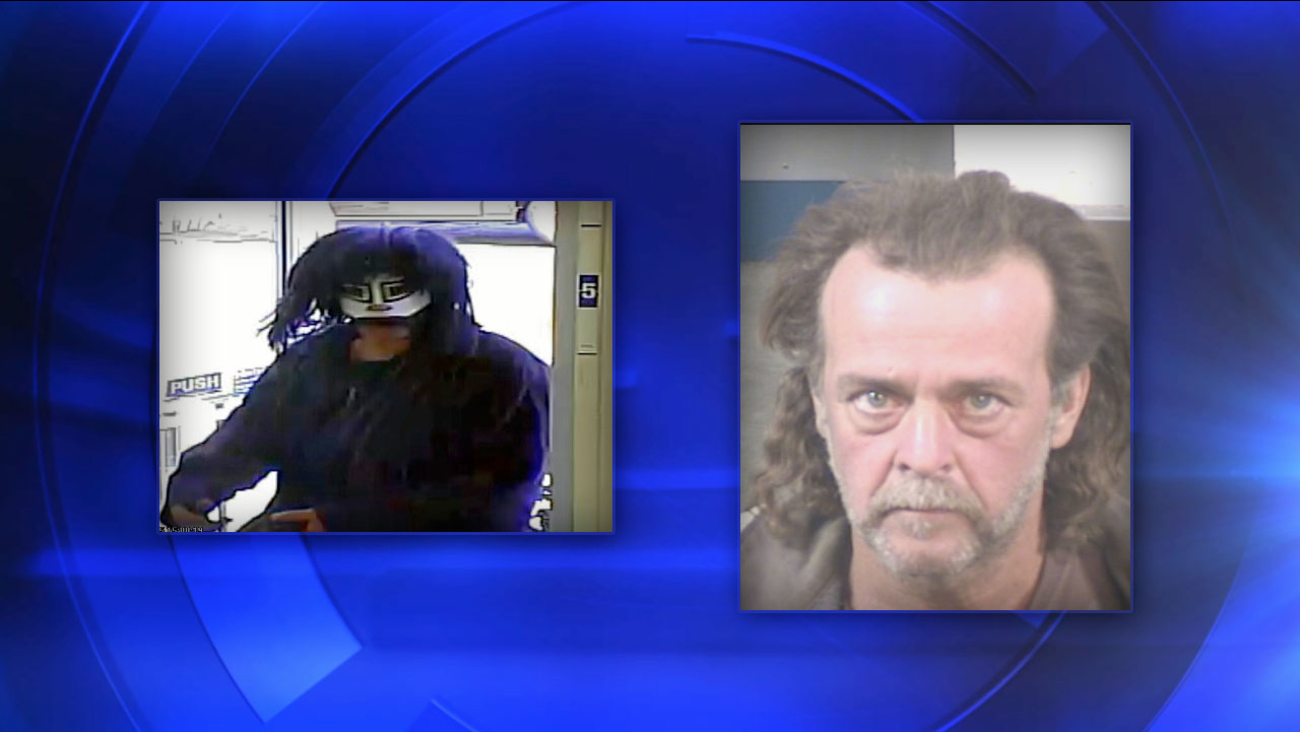 FRESNO, Calif. -- The Fresno County Sheriff's Office said they have arrested 49-year-old Lewis Duncan Tyler who is accused of robbing the Westamerica Bank on Elm Avenue and Fantz Avenue in Easton in March.

Investigators say Tyler walked into the bank wearing a black and white mask and a wig, placed a handgun on the counter and demanded the teller to put money into a duffle bag. The teller complied and the robber was last seen running towards a field.

After a two month investigation, detectives identified Tyler as a suspect. He was arrested on Wednesday at his place of employment, International Recycling near Malaga. Detectives said they also found a gun, which they believe was used during the robbery.