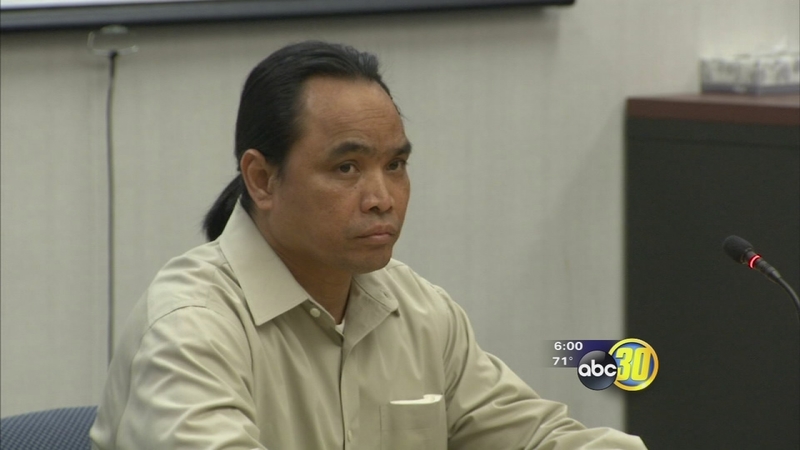 FRESNO, Calif. (KFSN) -- Four people died in the head-on collision on Highway 180 in June of 2014. The driver charged with their murders isn't denying he was drunk at the time.

As she approached the crushed Kia on the side of the highway, Renee Jackson saw exactly what she feared.

"I saw a little boy in the passenger rear seat," she told the court. "His head was against the window and he didn't move. And there was a younger woman in the front seat and she was also dead."

Jackson had seen a Mercedes SUV coming up behind her, speeding and swerving, and told her husband the driver must've been on the phone or drunk. The driver Rien Ban was drunk, according to prosecutors. His blood alcohol content measured at about three times the limit of .08, as defined in DUI law.

Court records show Ban has three prior DUI's and there's evidence supporting murder charges against him. Paperwork from Ban's plea in a 2006 DUI shows he admitted to driving with a .35 blood-alcohol content.

His initials on the document acknowledgment that if he drove drunk again and killed somebody he could be charged with murder. But his defense attorney says by the time of the deadly crash eight years later, Ban didn't remember that warning and nobody warned him not to drive that day.

Ban and his surviving passenger also claimed the car he hit head-on had crossed into his lane, right after he passed someone. But Jackson said Ban passed her, then just stayed in the wrong lane until the crash that killed Belkys Rodriguez Quesada and her seven and 10-year-old nephews, Lisandro and Danny, as well as one of Ban's passengers.