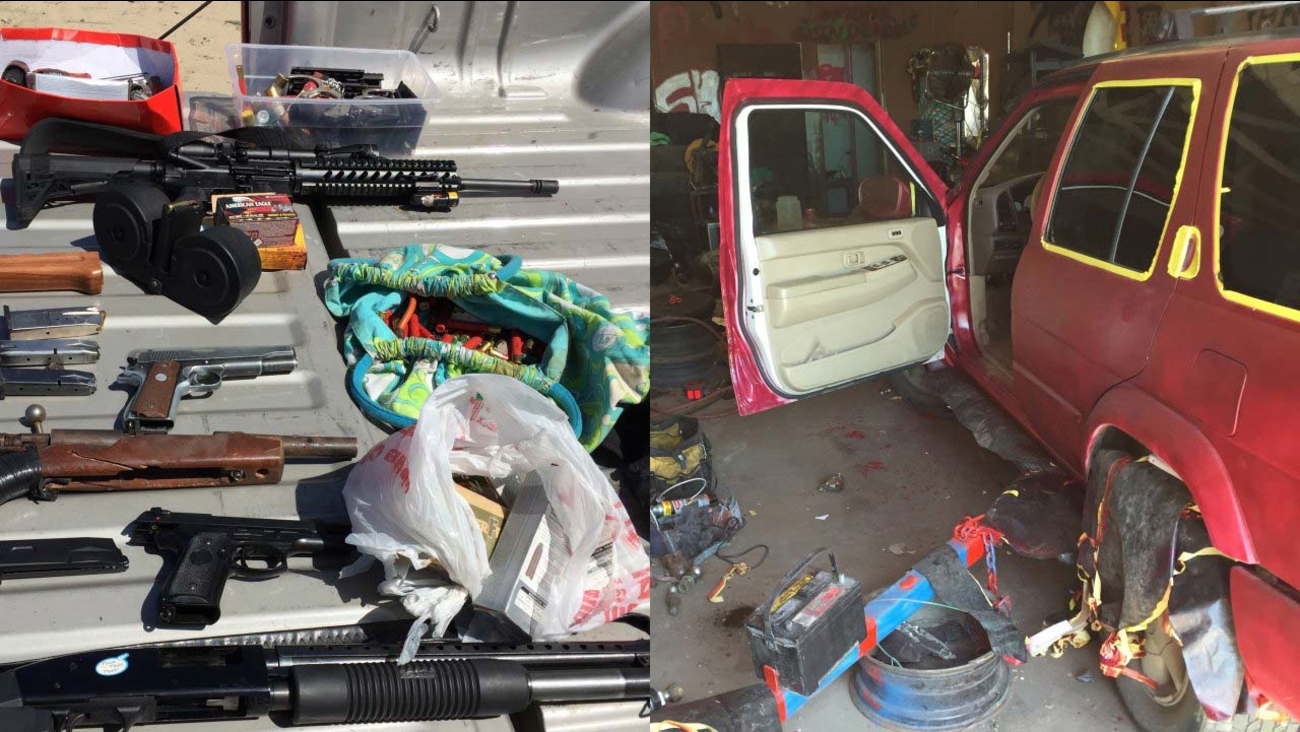 Omar Soto-Lopez, 34, and Pascual Rodriguez, 41, were arrested on Friday after deputies discovered stolen vehicles and a chop shop on Central Avenue near Green Avenue southwest of Kerman.

Deputies say they were called to the property to escort a former resident onto the property to collect some of their belongings. While deputies were there, they talked to Pascual Rodriguez who works on vehicles on the property and asked if they could look inside his shop.

Inside the shop, they found 2001 Nissan Pathfinder which had been reported stolen from Mendota. They say Rodriguez was in the process of painting the SUV a different color.

During a further investigation, HEAT investigators say they found a stolen Honda ATV and a 2006 Pace America trailer. Both had been repainted. They also found several firearms, including a sawed off shotgun and a 200 round drum magazine.