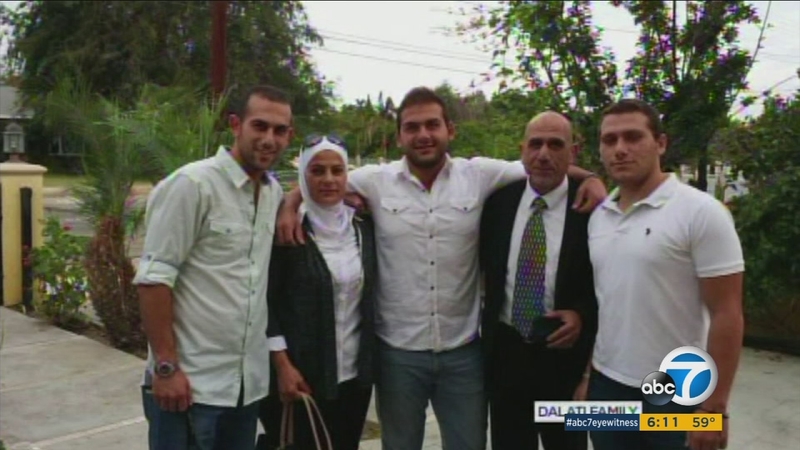 The 20-year-old Syrian refugee is grateful his family has a new life in Orange County after five years of unsettled living and travelling from Syria to Lebanon, Egypt, then Jordan.

"It's tough hiding...we have to move and move and keep moving to stay on the safe side," recalled Dalati, who said he finally felt safe when he arrived in Anaheim in January 2014.

Since the Syrian war, Dalati, his two brothers and his parents - like millions of other refugees - have fled the country. President Barack Obama has told his administration to take in at least 10,000 displaced Syrians over the next year.

But after the terrorist attacks in Paris, many fear the Syrian refugee crisis will grow even worse.

"When they said they found a passport for a Syrian, I'm very mad," said Dalati's 25-year-old brother Emad Dalati. "At the same time I'm sad. The French people have been very good to the Syrians."

Officials said at least one of the attackers came to Europe through Greece hidden among refugees.

So far, more than 15 states have said they'll refuse to take in Syrian refugees. It upsets Homan Dalati's uncle, Bill Dalati, an Anaheim businessman who settled in Anaheim more than 30 years ago. He's also providing jobs for two of his nephews.

"I feel ashamed of those who cut the borders to the Syrian refugees," Bill Dalati said. "This is not who we are really...This is not America."

"Allowing these refugees to enter our country without knowing who they are is foolish," said the Republican presidential candidate.

Bill Dalati says all refugees should be properly monitored and screened for everyone's safety.

Homan Dalati said most Syrian refugees are just trying to survive. He and his brother are both studying to become attorneys to make the most of their new life-knowing others aren't as fortunate.