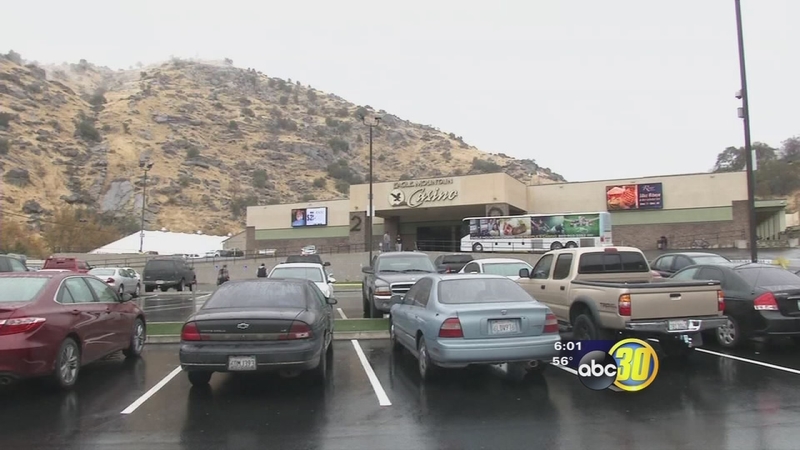 PORTERVILLE, Calif. (KFSN) -- Enter the Tule River Indian Reservation, and you will find that it is peaceful and beautiful. So when Tulare County Sheriff's deputies, in conjunction with tribal officials performed an undercover narcotics sting at Eagle Mountain Casino, they wanted to keep it that way.

"We wanted to keep it as low key as possible," said Tulare County Sheriff's Lt. Rob Moore. "We didn't want anybody getting hurt, number one. We didn't want to bring negative attention to the reservation, (or) the casino, for that matter."

Lt. Moore said it was a successful and smooth operation that resulted in the arrest of eleven people, including five from Porterville.

Most sold undercover officers methamphetamine, while a couple were dealing marijuana, and some were working together.

The buys happened both inside and outside the casino.

Several years ago, a similar sting landed 14 people in jail, after tribal authorities reached out to the sheriff's office for help. They kept finding drugs at the casino.

"It's not with the people that live on the reservation," Moore said. "It's people from outside that come up there to sell their narcotics, which causes them a problem because they want a good atmosphere for people in the Valley here, from Visalia, Tulare, or Porterville, and surrounding areas, to go up there and have a good time."

Moore says the sheriff's office has always had a good working relationship with the reservation. He said they will continue to communicate, in order to keep it a safe place.