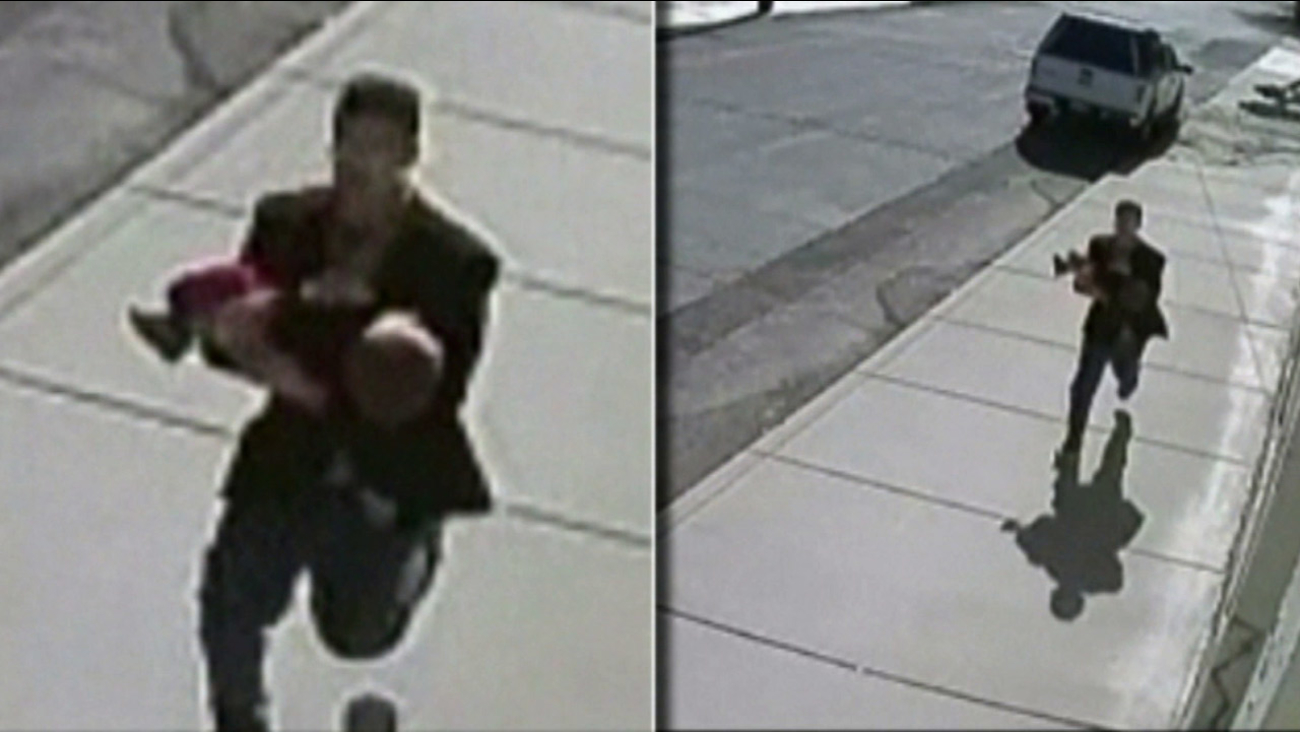 A male suspect is shown running with a toddler in an attempted kidnapping in Sprague Washington Sunday, March 8, 2015.

SPRAGUE, Wash. -- An arrest has been made in the case of an attempted kidnapping of a 22-month-old Washington boy, who was saved by the quick-thinking reaction of his older brother and sister.

The toddler, Owen Wright, was playing in a park in Sprague, Washington, on Sunday with his older brother, 10-year-old Brenden, and sister, 8-year-old Delicia. The siblings were playing unsupervised in a park next to their babysitter's home while their father, Michael Wright, was at work, according to local ABC affiliate KXLY.

Surveillance footage from a nearby grocery store showed the suspect running off with Owen in his arms. As the suspect fled with Owen, the toddler's siblings began chasing after him, and the boy was let go.

Today, the Lincoln County Sheriff said an intense investigation led to the arrest of a 15-year-old town resident, who the siblings identified in a photo montage. The boy, who was not identified, was charged with kidnapping, second degree and booked into a juvenile facility.

The screams alerted passersby, including two teenage boys who joined the pursuit.

"I didn't really care. There was a kid's life in danger," said one of the teens, Andrew Crane.

The suspect eventually abandoned Owen in an empty lot before continuing to flee.

"I told that little girl, I said, 'Honey, you did exactly what you needed to do scream your head off,'" Giddings said of Owen's sister. "That's what saved that baby. Her screaming and us running."

The siblings' father, Michael Wright, says he "can't explain" what happened after hearing his son had been kidnapped.

"I can't explain the feeling, the anxiety and everything that goes into finding out your children is missing or something has happened to them," Wright told KXLY. 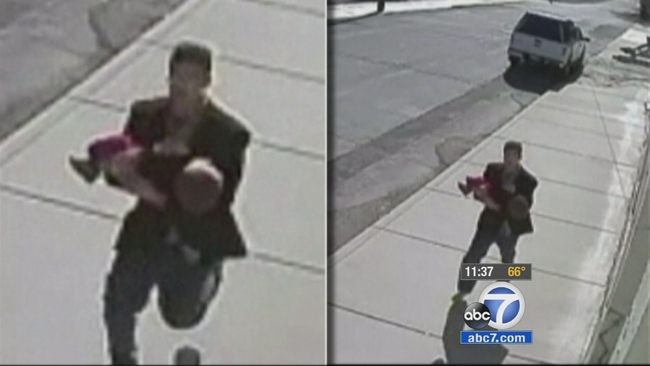