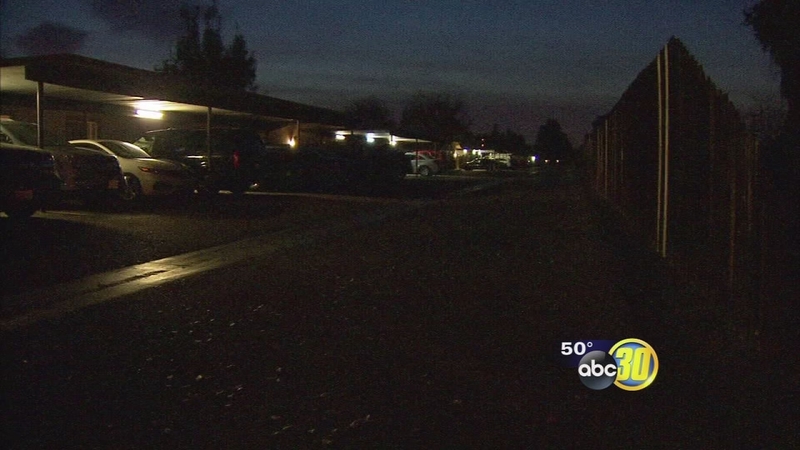 FRESNO, Calif. (KFSN) -- Clovis Police say they're still looking for the person responsible for beating a teenage girl in an alley while she was on her way to the bus stop this morning.

The information is very limited, but Clovis Police say they were called out to the area of Peach and Gettysburg for an assault victim at around 7:30 a.m. Police say the victim, in high school, was on her way to the bus stop when she was assaulted in this alley north of Gettysburg.

A passerby saw her lying on the ground and helped. Police do not have any witnesses or suspect descriptions. "Right now we have detectives that are assigned to the case," Sgt. Jim Koch said. "They're contacting neighbors and completing our investigation."

Sgt. Koch says the girl suffered multiple injuries, and doesn't completely remember what happened. Naturally, she was shaken up. "This is an unusual incident, this is not something that happens often in the city of Clovis," Koch said.

"You see things happen but you know you don't think they'll happen close to home," said one neighbor, who did not want to show her face on camera. She saw the police commotion this morning.

She thinks the girl was walking to a bus stop about a block away, north of the alley, which she says is dark and can be sketchy. "So it's kind of scary to know that things like that can happen to your kid just on their way to school, or even before they make it to school," she said.

She's a mother of two who walks her kids to school, but even so, is concerned about what happened so close to home. "Of course just after that happening too I mean, I'm more protective, even after that, I think I'll always be," she said.