Teenager hit and killed by train in Livingston 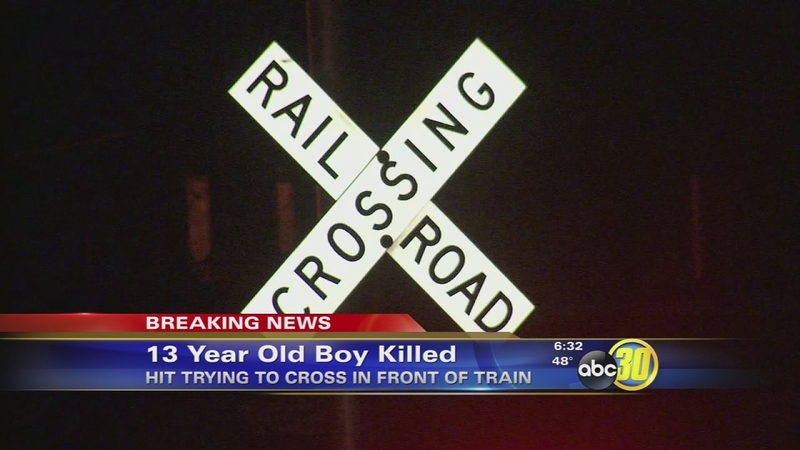 Teenager hit and killed by train in Livingston

LIVINGSTON, Calif. (KFSN) -- According to authorities, a 13-year-old boy was hit by a train at Main and B Streets in the Livingston area.

The accident happened around 5:00 p.m. Tuesday. According to Livingston PD, the 13-year-old boy was walking with friends. His friends crossed the tracks while the 13-year-old lagged behind. The railroad crossing arms came down and the boy tried to catch up to his friends but didn't make it in time and was hit by the train. When first responders arrived they attempted to revive the victim by performing CPR but the boy died at the scene.

Train traffic was stopped for several hours during the investigation.

The identity od the boy has not been released.

At scene, 13 yr old killed by train in Livingston. Trying to cross after friends did, more at 6:30 on @ABC30 pic.twitter.com/TQn0wCUKza