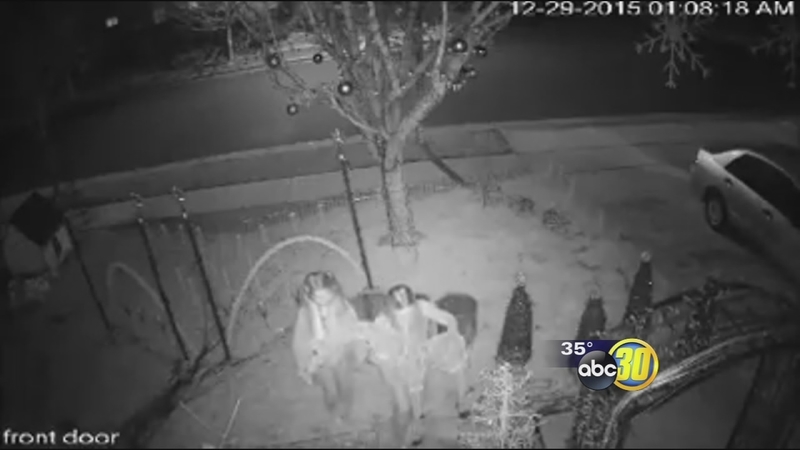 His home has synchronized lights and every evening, Van Crawford dresses up like the Grinch. He poses for pictures and collects donations for the Visalia Rescue Mission. Around 1 a.m. Tuesday, his surveillance cameras showed the teens entering his front yard unplugging lights and moving some displays.

"Fortunately for me, I'm a Christian so I'm kinda over it," Crawford said. "I was really angry this morning, but I am kind of over it. At least, they didn't destroy stuff here. I will say I think it was meant as a prank, and unfortunately, I think these pranksters don't understand the amount of work I put into this each year."

This year the Grinch collected ed $7,000 and 70 barrels of food for the rescue mission.

Late Tuesday afternoon, he told us one of the parents of the girls caught on camera reached out to him to apologize for her teenage daughter's actions. She also said as punishment she is making her volunteer at the Visalia Rescue Mission.
Related topics:
visaliaholidayvandalismchristmastulare countyteenagers
Copyright © 2021 KFSN-TV. All Rights Reserved.
TULARE COUNTY