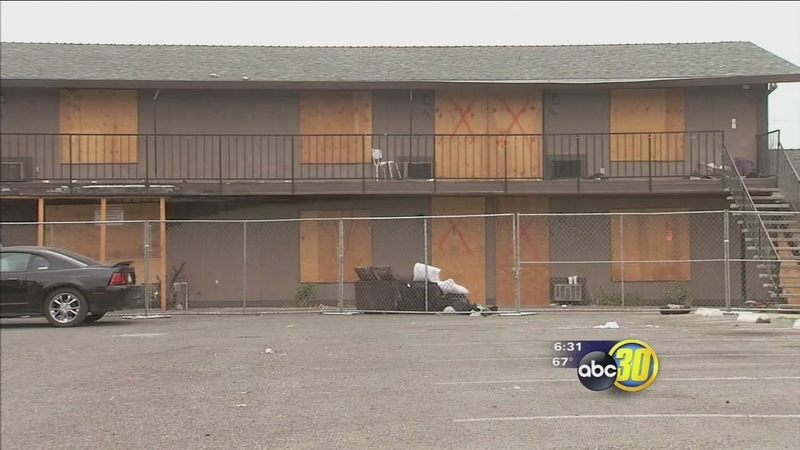 MERCED, Calif. (KFSN) -- Several tenants in a Merced apartment complex now have their water turned back on after their pipes went dry for a little more than a week. They said their water was shut off after their landlord failed to pay the bill.

Tenants of the K Street apartments said it is like living in a nightmare.

"I wouldn't wish anybody to be here-- I don't think a human shouldn't be here," said Teresa Sharp, apartment tenant.

They said it has been one issue after another. Now, tenants said they have all been living without running water after it was shut off a little more than a week ago.

The city said the water is now up and running but this isn't the first time the water has been shut off. In July, water was shut off in at least 22 apartments after the tenants received notices on their doors letting them know the landlord had not paid the bill.

A month later in August, several were left without homes after a fire left nine units uninhabitable.

Orozco calls living in the complex stressful, and now, dangerous.

"Nobody wants to keep going through this every day. Sleeping, not really knowing what's going to happen to the apartment complex."

Mike Conway with the city of Merced said it's been an ongoing issue to get in touch with the landlord.

"We're trying to find whatever leverage we can to help out the tenants."

Conway said the owner of the property has been delinquent on bills before. The tenants have tried to reach the owner and property managers themselves but said they have been kept in the dark.

"He doesn't talk to us. He ignores us, the managers," said Sharp.

Many said they are done dealing with the problems and plan to pack their bags, and move.

"I'm not going to deal with an apartment with no water or something going on," said Orozco.