At least 1,500 apartment complex residents in cold for another three weeks 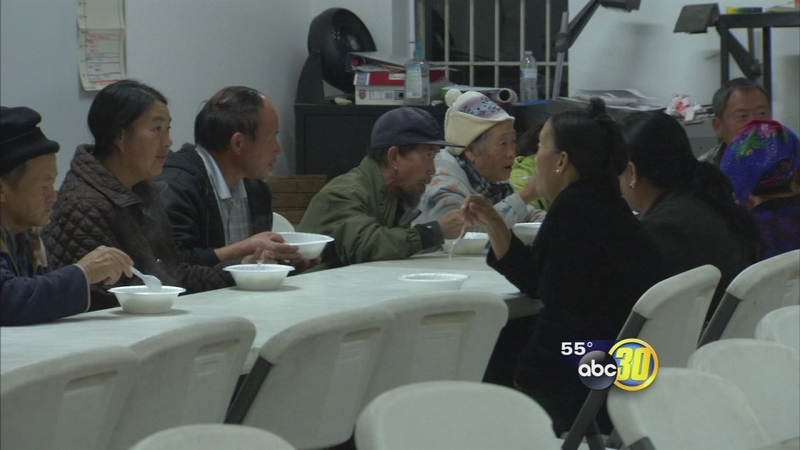 At least 1,500 apartment complex residents in cold for another three weeks

FRESNO, Calif. (KFSN) -- City leaders say the situation at one central Fresno apartment complex is much more serious than originally expected, and goes beyond fixing the gas lines.

Residents say they're cold, and haven't been able to cook or shower for nearly two weeks.

See Yang and her husband found warmth in the form of soup at FIRM Monday night. They're tired of having to deal with no gas in their apartment across the street, along with at least 1,500 hundred Summerset Village residents.

Yang was visibly cold, and says she needs more to keep her apartment warm.

"A heater again to make it warm more cause like I have just a small one, but I need another one," she said.

The needs of Summerset residents, most of them Southeast Asian refugees, were addressed by Fresno city officials Monday night, who said they were made aware of the gas line issues late Friday night.

After an integrity test of the lines, the city announced the repairs will be much more extensive than originally thought.

"Basically the system failed," City Manager Bruce Rudd said. "So as a result we're looking at a whole new natural gas infrastructure to support the apartments within the property."

Rudd says it could take three weeks to turn the gas back on, and laid out a five point plan for the next 24 hours. It includes providing meals, showers, and basic sanitation for residents.

Rudd says the city and other agencies like FIRM and the Red Cross are now stepping in, because the property manager hasn't.

"He committed to me he wants to work with us so I'm going to hold him to that and hope he's willing but I've made him fully aware of what we're dealing with right now," said Rudd, who says the property manager told him he'd have a representative in town Tuesday afternoon.

"This is an opportunity for us to say no more, we're going to take good care of them, we're not going to bounce them around and we're going to make sure that their needs are met," Fresno City Councilmember Clint Olivier said. "Because that's what we're about here in Fresno, and in California, and in the United States."

Besides being cold, See Yang says she and others are coming down with colds. But for the time being, all she can do is wait.

Rudd says there is a long list of other issues that need to be looked into over the next three weeks, including the fact that most apartments don't have smoke or carbon monoxide alarms. New ones will start to be installed tomorrow.

The city will meet again tomorrow afternoon at four to make a plan for the next 24 hours.