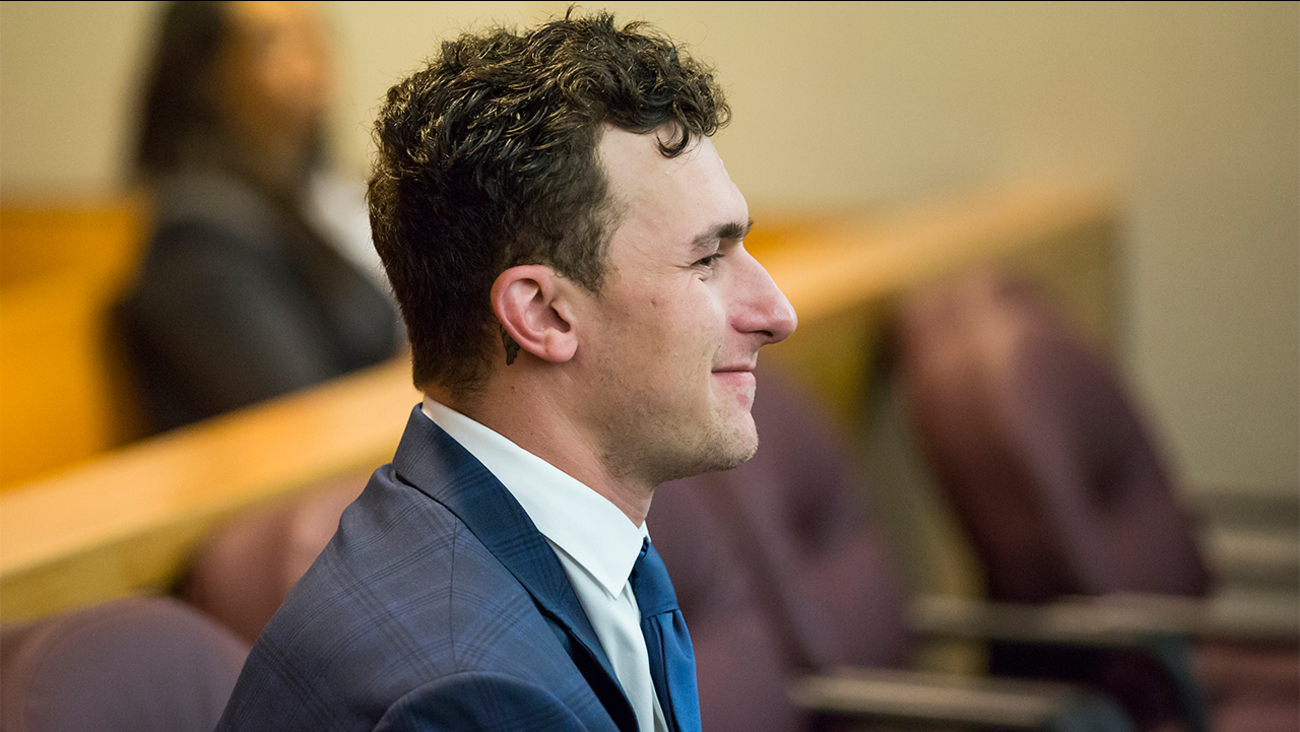 DALLAS -- An attorney handling Johnny Manziel's domestic violence case expressed doubts about the Heisman Trophy-winning quarterback's ability to stay clean and said he was given a receipt that shows Manziel may have spent more than $1,000 at a drug paraphernalia store just 15 hours after he was involved in a hit-and-run crash, according to a lengthy text message accidentally sent to The Associated Press.

Defense attorney Bob Hinton's text indicated Manziel's legal team was seeking a plea deal with prosecutors, but suggested that could be tricky.

"Heaven help us if one of the conditions is to pee in a bottle," the attorney wrote.

Hinton also wrote that he had been emailed a "heads up" receipt "which purports to reflect" that Manziel made a purchase of $1,018.77 at a Gas Pipe store at 12:03 p.m. on Tuesday, less than a day after his crash. A manager at a Gas Pipe location not far from where Manziel's crash was reported declined to discuss whether he bought anything there. A sign in the store says ID is required for purchases above $200.

"I don't know if the receipt is legitimate or not," Hinton responded when asked about it by the AP. "I just know that it doesn't say Johnny's name on it anywhere that I can see. It's just that somebody in that store, I guess, circulated that to the other store managers and employees saying, 'Guess who was here today and spent this amount of money.' That's all I know."

The errant text was sent Wednesday after the AP sought comment via text about Monday night's crash. When asked about the text, Hinton said he had meant to send it to another attorney on the case and was unaware the AP had received it instead. He insisted the contents were protected by attorney-client privilege and threatened to sue if certain details were published.

The text shows that Manziel's attorneys are pushing for leniency, even as they grapple with indications he could still be struggling with substance abuse more than a year after his stay in a rehab center. The charges the former Cleveland Browns quarterback is facing come amid heightened scrutiny of legal cases involving professional athletes following domestic violence accusations against NFL players Ray Rice and Greg Hardy.

The 23-year-old Manziel is accused of hitting and threatening former girlfriend Colleen Crowley during a night out in January. He faces a misdemeanor assault charge that carries a penalty of up to a year in jail and a $4,000 fine.

As the case has played out, the 2012 Heisman winner at Texas A&M has been photographed partying from Hollywood to Las Vegas to New York in recent months, and his own family has expressed concern about his well-being after he was cut by the Browns this year after two underwhelming seasons.

Hinton's text said the Gas Pipe receipt was sent to him by an attorney who is involved in a federal case accusing two people affiliated with the chain of making and selling synthetic marijuana. Manziel's spokeswoman, Denise Michaels, called the purchase "a rumor" in a statement to the AP.

"We don't know for sure whether the receipt does or doesn't represent a purchase he made since there are always unfounded stories flying around, but we all make it a policy to keep each other up to date on them," she said.

Hinton also wrote that he had met Wednesday morning with Jerry Varney, an administrative chief in the Dallas County District Attorney's Office.

"He is very interested in working with us to arrive at some agreement" in the case, he wrote. A spokeswoman for the DA's office did not comment.

Dallas police said Manziel reported that his car had been struck Monday night in a hit-and-run, but Hinton said in the text that there was "conflict as to whether Johnny reported it or not." Manziel was not seriously injured.

It's unclear how close Manziel's domestic violence case is to being resolved. Similar cases usually result in deferred adjudication probation, meaning the charges are dismissed after one to two years, said David Finn, a Dallas attorney and former judge who is not associated with the Manziel case.

Finn said drug-testing conditions depend on whether the defendant has shown a pattern of substance abuse. The defendant is normally required to enroll in anger management classes and a domestic violence program, an outcome similar to that of Dallas Cowboys receiver Dez Bryant when he faced a misdemeanor charge in 2012 over an incident in which he allegedly struck his mother with a hat.

Manziel's rise and fall has long been punctuated with headlines for his off-field partying. The Browns selected the player dubbed "Johnny Football" in 2014, but he struggled on the field and was dropped this year. Since the 2015 season ended, two agents have cut ties with Manziel after demanding a second trip to rehab. He also faces potential punishment from the NFL under tougher standards regarding domestic violence cases adopted in 2014 following the Rice case. However, he is not currently with a team, and therefore not subject to league policies.

The allegations stem from a night out on Jan. 30. Crowley alleged Manziel accosted her at a Dallas hotel, a confrontation that continued downstairs to the valet station. She said he forced her into a car and that a valet disregarded her pleas for help.

The two eventually drove to where her car was parked in front of a Dallas bar, she said in an affidavit. She said Manziel got into the driver's seat and began to drive. Crowley said Manziel stopped when she tried to jump out of the car, but that he then dragged her back inside and hit her. 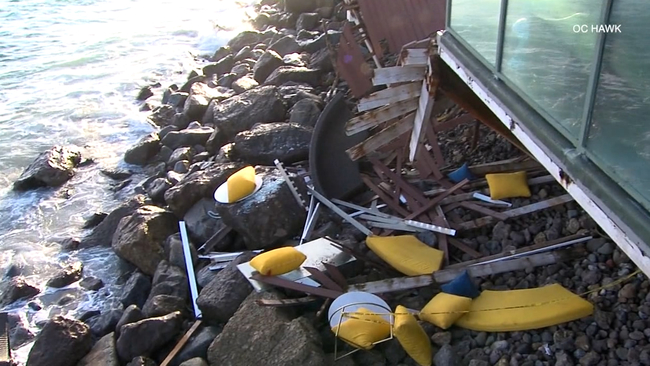