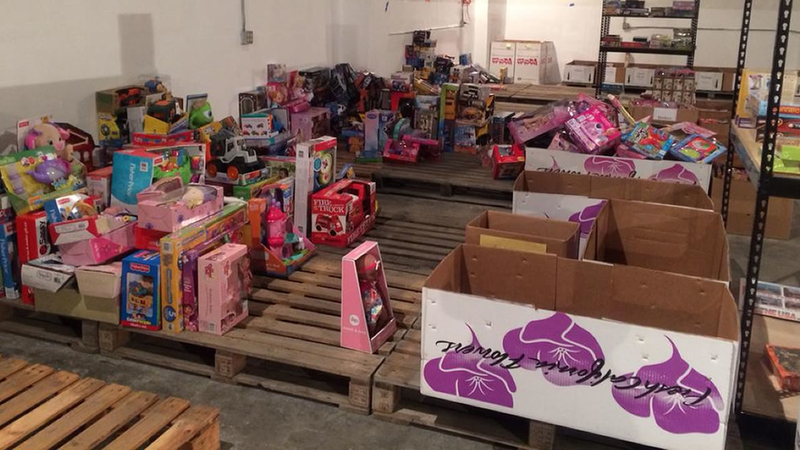 SANTA CRUZ, Calif. -- Thieves stole more than a 100 toys out of Santa Cruz County donation bins meant for kids from families that are struggling. The thieves struck not once, but twice.

On Monday, they hit a collection site in Aptos and on Wednesday, they emptied a bin in Santa Cruz -- both incidents occurred during broad daylight.

Volunteers have less to sort because thieves took off with 100 toys. They walked into designated drop off sites and emptied the collection boxes. No one even noticed the theft until the Toys for Tots representatives came by for a weekly pick up.

"The confidence, the trust, and the momentum we were building up, just took our knees out from under us," Valadez said.

The thieves stole toys that would have gone to 50 of the 10,000 needy children who hope to get a toy this Christmas.

"I wanted to go out and find them," said Capt. Matt Ryan of the Watsonville Fire Department. "Who's kidding who here? It was ridiculous."

Ryan, like many others who have collection bins in their offices or businesses, vowed to up their security.

"We're keeping our eye on it especially now," said Patti Malone of Malone's Grill. "It's hard to conceive someone could do something like this."

The egregious crime is the reason a Watsonville couple anonymously donated $300 to the Toys for Tots program Tuesday.

"For the sadness there is always an act of kindness that always out does it, but it still stings a little bit but the Grinch didn't win out this time," Ryan said.

The Santa Cruz County Toys for Tots has never left a child on its list out and organizers don't plan to start this year.