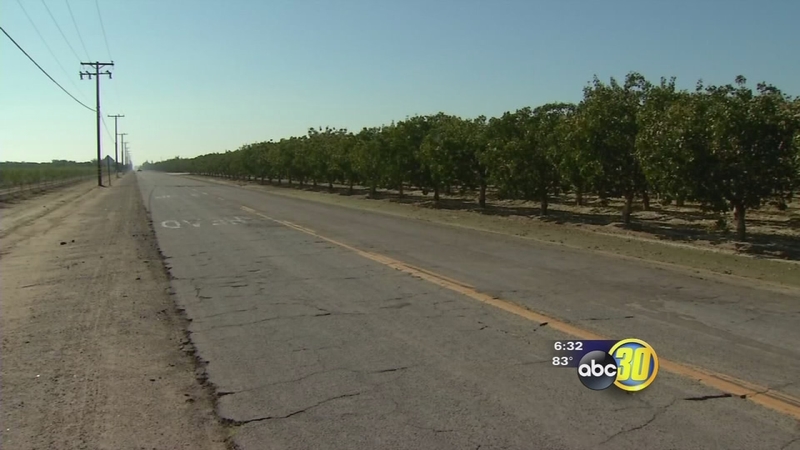 TULARE, Calif. (KFSN) -- A man was carjacked after he stopped to help a woman who appeared to be stranded on a rural road in Tulare County. It happened Sunday night near Avenue 232 and Road 28, west of Tulare.

Investigators say the woman acted like she needed help to lure the victim into a trap. Matt Morgan lives nearby and he couldn't believe it, "it seems like a really dirty trick, yeah, it's enough to make you upset."

It's one of the oldest tricks - some call it the, "damsel in distress." Investigators say the woman was next to an old Honda, the victim stopped to take a look at the car and let the woman use his cell phone but she wasn't alone.

Teresa Douglass who is with the Tulare County Sheriff's Office said, "a man came up behind him and basically threatened his life with a firearm." The victim ran away and dialed 911 but by the time deputies showed up, his car, the two thieves and the old Honda were gone. "It's a sad story when you can't stop and help a woman who appears to be in need of help," Douglass said.

"I would stop and help, I never hesitate to do that, but now, I'll think twice," Morgan added.

CHP officers did find the victim's car. It was abandoned in a ditch near Corcoran, roughly 9 miles away from where it was stolen and the people who took the car are still on the run.
Related topics:
tularecrimetularetulare countycarjacking
Copyright © 2021 KFSN-TV. All Rights Reserved.
TULARE COUNTY