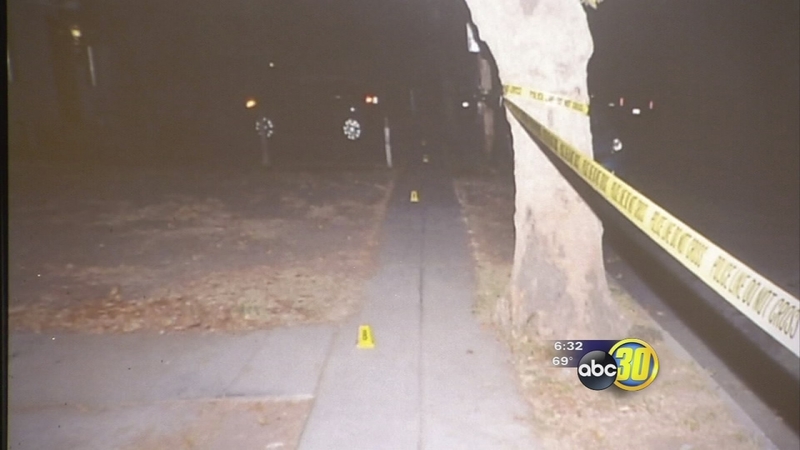 FRESNO, Calif. (KFSN) -- Prosecutors said JJ Riley was just trying to visit one of his girlfriends when he wandered into the neighborhood where Davin Rodriguez lived, and according to one witness Rodriguez didn't like African-Americans.

A trail of blood led from Olive Avenue down Roosevelt and police tried to find Rodriguez at his mother's house that night in October 2014.

"Three days later, the defendant called back the detective, Bart Ledbetter, and told him that he had absolutely nothing to do with what Bart was talking about with his mother, that he was not involved with whatever happened in Tower," Prosecutor Noelle Pebet said.

Witnesses described the suspect as a Hispanic man - not very tall and a little bit chubby - as the person who was fighting with Riley. One person heard someone announce his opponent had a knife and then said he was being stabbed.

"They was tussling, both on the ground, next thing I know one of them gets up, takes off his shirt, standing over the guy and then takes off running," witness Reginald Combs said.

Combs couldn't identify Rodriguez as the attacker, but police believed the evidence pointed to him, so they made the arrest and then let Rodriguez go a couple days later because prosecutors wanted more evidence.

As it turns out, Riley's wasn't the only blood police found. Two days after his release, DNA testing showed Rodriguez was the other person involved in the fight. Now that he's facing trial, Rodriguez doesn't deny it but he said Riley was the aggressor and he even told the guy to stay away.

"It was at that point this individual rushed Davin, attacked him," Defense Attorney Richard Esquivel said. "Davin was able to pull a knife from his pocket and he utilized it to defend himself."