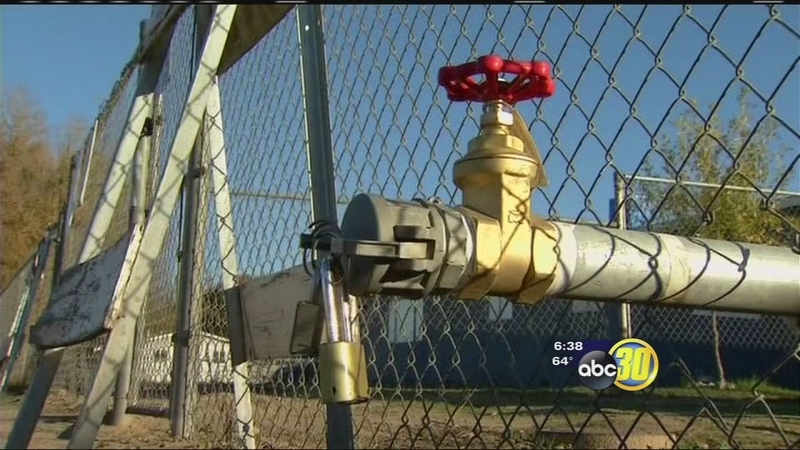 For months, the city has been providing water to the county-- allowing trucks to haul water from the west side to people on the east side. Plans changed for a new well the city was hoping to tap into and the deal fell apart.

A line has been drawn in Porterville. The city is on one side, Tulare County is on the other and people like Jack Flores are caught in the middle. "It hasn't been a good six months out here," Flores said.

Flores lives on the west side, in a neighborhood supported by two wells. In May, trucks started rolling in and hauling water out to the east side -- five to six trucks a day, Flores said, taking thousands of gallons at a time for the county's household tank program. "Not drinkable," Flores added, "that's what really hurt also, is that our good water that we can drink was no longer being used for that."

It wasn't working for the people in the neighborhood but John Lollis, the city manager, said it was for the greater good.

The county and the city had a mutual aid agreement. In the short term, the city would provide water from the Village Garden neighborhood and when the county's new well goes online about a mile away, the city would be able to hook up to it. The problem is, the plan changed. Tulare County Economic Development Coordinator, Eric Coyne said, "We kind of shifted gears to an emergency fill station, use it to fill container trucks to haul water to household tanks and then we'll worry about connecting to a city system later."

The change was influenced by the state, Coyne says, to make better use of the well and haul water all over the county. Lollis said some city council members felt slighted and the decision was made to end the agreement. "There's gonna be times when you come to a disagreement, the important thing is, how to come back together and try to figure out what is important to each side."