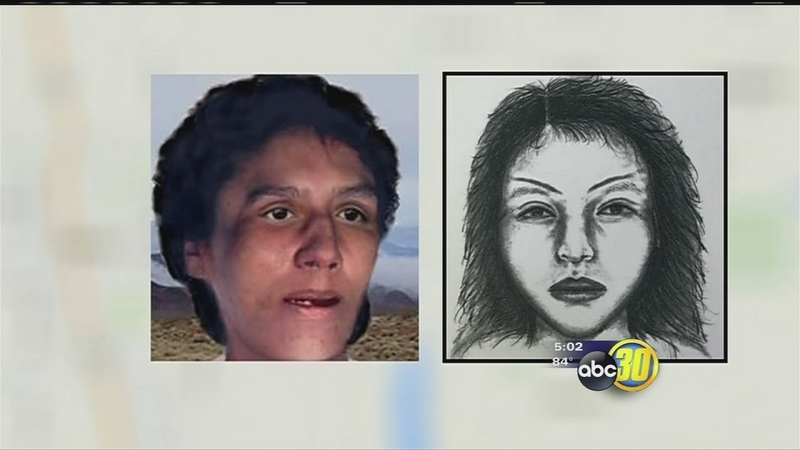 TULARE COUNTY (KFSN) -- The Tulare County Sheriff's Office Cold Case Unit is hard at work revisiting some old murder cases where the suspects were never identified. But now, they have been tasked to help investigate two out of county cases that are linked, and have a twist.

Both were stabbed to death, and authorities said Wilson Chouest is their killer. They said DNA evidence links him to the crimes.

But 36 years later, the names of both women are still unknown.

The unique case has puzzled investigators and has them pleading for help in identifying the victims.

"Both of these ladies should have been easily identified at some point. Someone should have called in and reported them at least missing at some point," said Detective Dwayne Johnson, Tulare County Sheriff's Office.

Chouest was previously sent to prison for a rape and kidnapping in the Los Angeles area but was released and then paroled to Kings County. That was also during the summer of 1980.

"That's what prompted the Ventura County DA's Office, their cold case unit, to give us a call because they knew he was living in this area," said Johnson.

Chouest is currently serving time in Corcoran for a September 1980 rape and kidnapping in Visalia. He is now also charged with three counts of first-degree murder, for the two unidentified women and the unborn baby.

Detective Johnson said he hasn't discovered any reported missing person cases in Kings or Tulare Counties that would relate to this case. He's hit the streets and asked around, but so far, no luck.

Thirty-six years is a long time, and time is one of many challenges in this cold case.