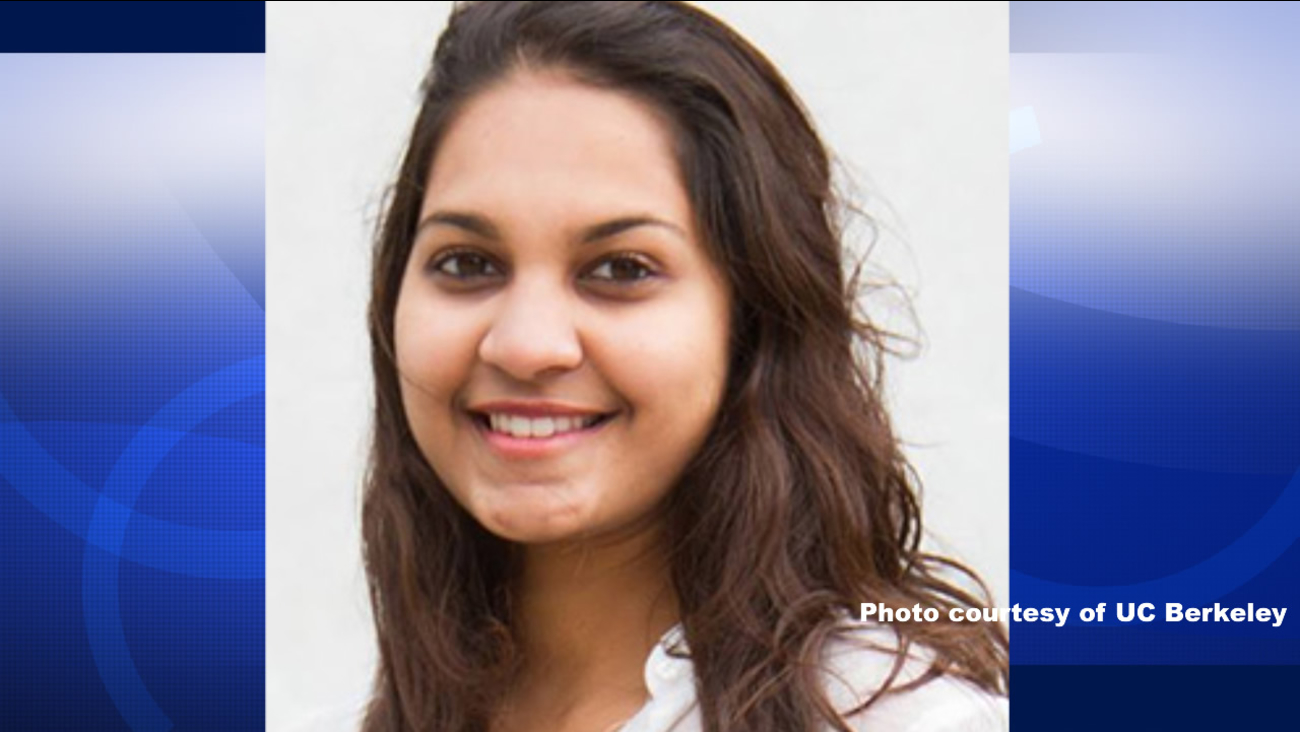 A photo released by University of California, Berkeley of sophomore Tarishi Jain, who was one of 20 hostages killed in Dhaka. (UC Berkeley)

BERKELEY, Calif. -- The University of California, Berkeley says one of its students is among the 20 people killed by militants in an attack at an upscale restaurant in Dhaka, Bangladesh's capital.

The university says Saturday sophomore Tarishi Jain, and Indian national, was in Dhaka for a summer internship that began in early June.

UC Berkeley says Jain was working on e-commerce growth at Eastern Bank Limited in Dhaka in an internship that was arranged by UC Berkeley's Center for Bangladesh Studies.

The school says Jain's father, Sanjeev Jain, is a textile merchant based in Dhaka.

Jain graduated from the American International School in Dhaka and transferred to UC Berkeley in 2014. She intended to major in economics.

She adds "we're all very devastated to hear the news" of her passing.

UC Berkeley Chancellor Nicholas B. Dirks also issued a statement regarding Jain's death saying, "We have been in contact with her family to provide assistance in any way that we can and are working closely with our other students there to assist them in staying safe and determining whether they leave the area. On behalf of our entire campus, we send our deepest condolences to her family and friends and to all the other families who have suffered such a devastating loss."
Related topics:
hostageisisterrorismuc berkeleystudent diesu.s. & worldinvestigationcalifornia
Copyright © 2020 KGO-TV. All Rights Reserved.
CALIFORNIA