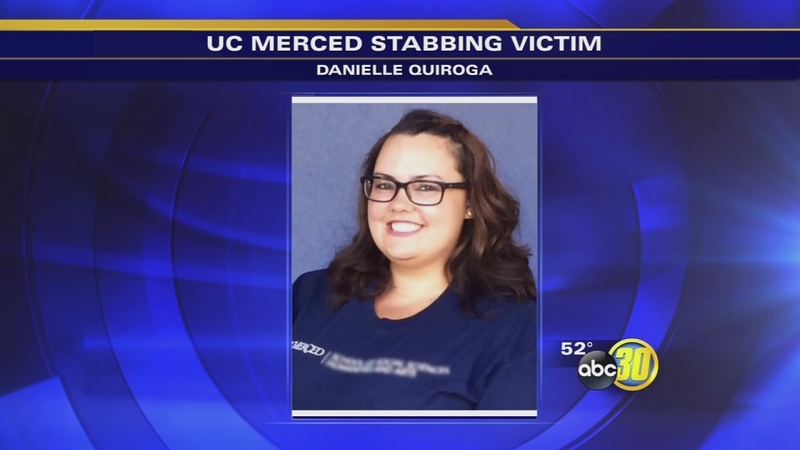 MERCED, Calif. (KFSN) -- The UC Merced community and the victims of the stabbing spree are healing. Action News spoke with The family of Danielle Quiroga, the student advisor who was attacked on her way to work.

Danielle Quiroga is at a hospital recovering from stab wounds to the chest and back. Her lung collapsed but her will to survive didn't. Quiroga's sister, Sarah Anderson said, "She's always uplifting... She's always there when I need her."

It goes both ways. When Quiroga was on the ground, bleeding, waiting for paramedics, students helped her call her for help and Anderson answered, "She was scared, I was scared, but I knew she was ok because she was talking," Anderson said.

Moments later, a helicopter picked Quiroga up and Anderson jumped in a car to meet her sister at the hospital, "there were tears and hugs and smiles," she said.

Quiroga is still in pain and the attack is still on her mind. She didn't know the person who stabbed her or why he did it. Anderson says her sister was just walking to work, she wasn't far from her office and she showed up at the wrong time. "I was upset that it was my sister," Anderson said, "then I realized, I'm upset for a mom who also lost her son and I'm upset for a person that something happened, something where he wasn't engaged with society."

It might take a while, but Anderson says her sister will go back to work -- to the place where she's an advisor and helps students -- the same ones who helped her. "It's tragic but the thing you always see is that the good prevails and there are good people out there," Anderson said.