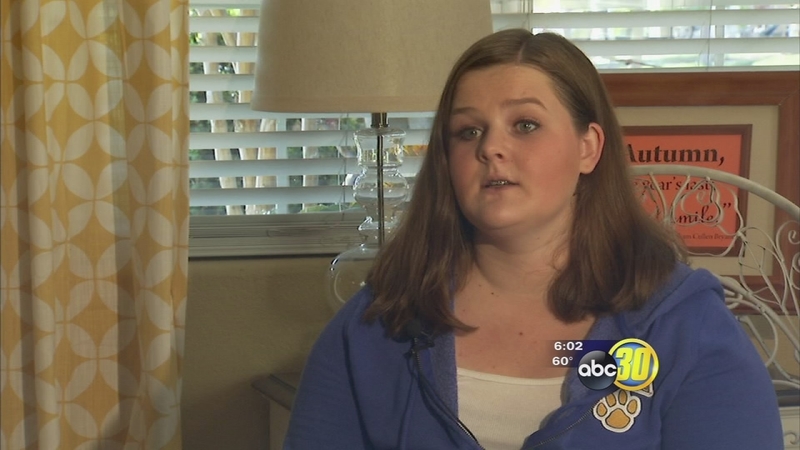 FRESNO, Calif. (KFSN) -- UC Merced sophomore Meghan Christopherson was hurrying across campus when she saw a man running from a crowd of students. "He probably passed within five feet of me and I noticed he was carrying something that was thick and black in his hand that he was gripping."

She didn't know he was carrying a knife and had just stabbed four others on campus. In fact, Meghan says she didn't realize something was wrong until campus police officer drew his gun on the man and told him to drop the weapon. "He just kept telling him to put it on the ground he kept saying do you want to get shot, you need to put it on the ground and he just kept getting closer, and closer and the officer still was giving him chances to stop, it wasn't until he made a lunge at him."

Meghan says she panicked and ran as the man jumped toward the officer. She heard two gunshots, turned and saw the man on the ground. "It really is a reality check for all of us, because you see these things happening at other schools, but you never think it's going to be your school. And like we felt so safe at such a tiny campus."

Meghan says the students chasing after the suspect were very heroic. They stopped their pursuit only after campus police arrived. The suspect, identified as Faisal Mohammed, was a Freshman Engineering student from Santa Clara. According to the Merced County Sheriff's Department, he intended to "kill a lot of people." He was apparently upset after being kicked out of a study group.