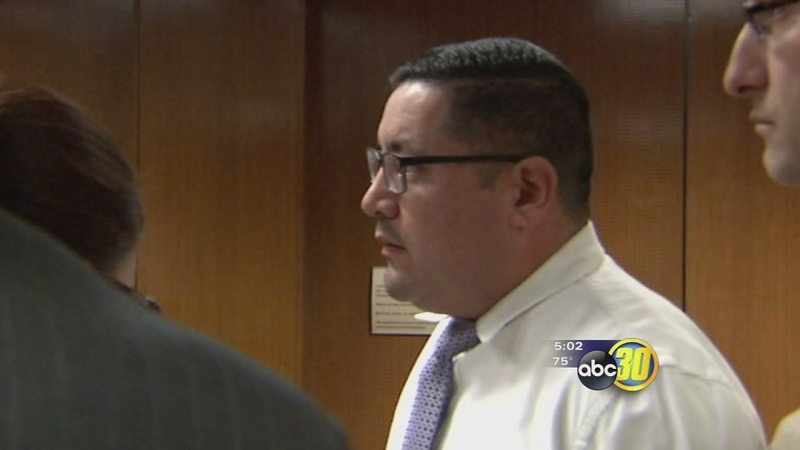 FRESNO, Calif. (KFSN) -- Victor Gomez was already accused of lewd acts with several students and now he is facing more charges alleging he did the same thing with a new victim, while out on bail.

Gomez was charged with touching six students inappropriately at American Union School in Fresno County. Monday, during a hearing related to those charges, he was arrested again on two new counts.

Before a judge, the math and science teacher pleaded not guilty for the second time. He hasn't been back in the classroom since several students came forward last year alleging he gave them one handed hugs that ended in fondling over their clothes.

Detectives believe after he bailed out of jail, Gomez returned to the home where he lived with his wife and kids. His family and mother-in-law were supporting him until new allegations surfaced of another victim, closer to home. "Those are obviously very serious charges. He is understandably very very upset, particularly given where these allegations are coming from. However, sometimes when you have family matters going on in the background, people allege things for various reasons," said Heather Phillips, defense attorney.

Gomez appeared stunned when the judge denied his request to stay out of jail and instead ordered him remanded and taken into custody with a higher bail amount. The new charges allege Gomez committed the latest acts from June through August and also in October of this year.

The judge also signed off on a criminal protective order, related to the latest victim.