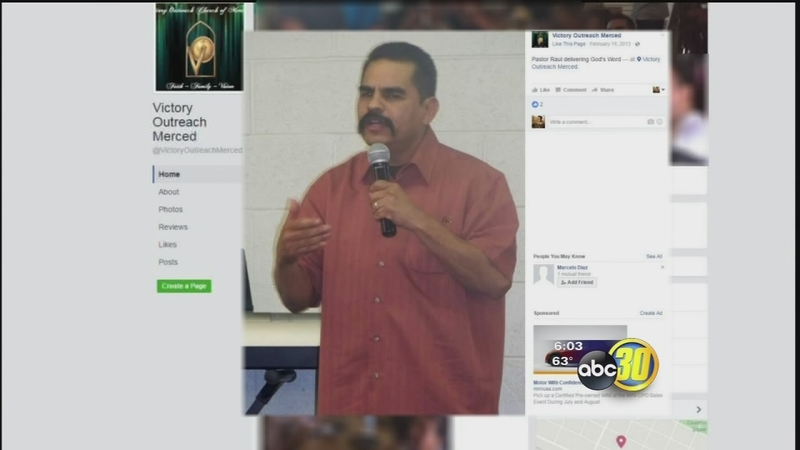 In shocking new developments in the attempted murder case involving a Merced pastor, a shooting victim from the hospital describes the suspect as a violent sexual predator.

Savannah Moreno is just 19-years-old but in her short life she's already suffered more than most people can even imagine.

"You can see it right there, I have stitches," she said while pointing to her wound. "And I have a hole in the back of my head."

On Friday, she said her adopted father Raul Moreno, 52, shot her, her boyfriend and another family member multiple times. Her body is recovering not only from a gunshot wound but a C-section as well. She just gave birth to a daughter three weeks ago.

"The thing that was running through my head was my baby," Savannah said. "You know, she needs me."

Savannah Moreno is just 19-years-old but in her short life she's already suffered more than most people can even imagine.

Savannah said the Friday shooting was a culmination of years of abuse. She said Moreno is actually her biological brother but adopted her at a young age and she said, starting at six-years-old, he raped her and another family member for years.

Raul Moreno is now in custody for the attempted murder of three people but for years before that Savannah said he was a pastor at Victory Outreach Church in Merced. Their Facebook page describes the church as a "family-oriented, Christ-centered ministry that is part of the Victory Outreach International family."

Action News tried to get in touch with church leaders multiple times but no one has been available for comment.

"Once he got home, he was an angry demanding guy," Savannah said. "And once he got to the church it was, 'Oh, he's nice tender-hearted.' I just want them to know that this guy has been lying to you for years and he played the part."

Savannah, her other family member and her boyfriend are all expected to recover from their injuries but their wounds are serious and they say it could take a while to heal.