Victims' family walks out as deadly driver gets no jail time 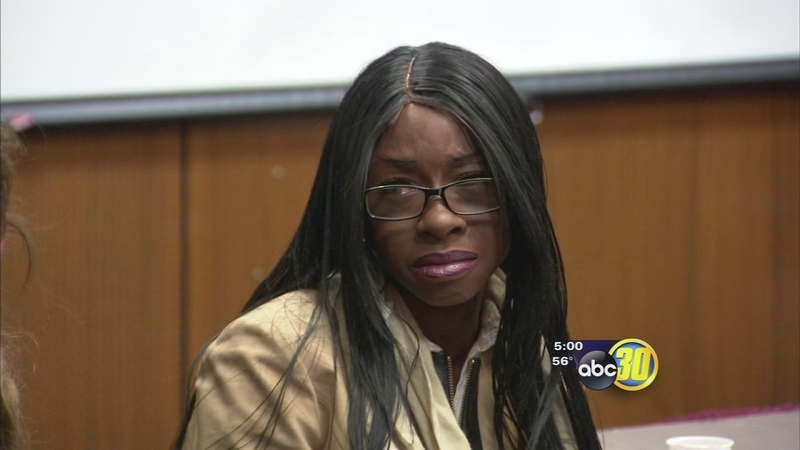 Victims' family walks out as deadly driver gets no jail time

FRESNO, Calif. (KFSN) -- A picture of grief, and a long-awaited apology -- as punishment came for the Valley woman who crossed into oncoming traffic and killed a state correctional officer.

"I will never be able to forget that image," said Dionicia Hernandez, the longtime girlfriend of Arthur Lara.

Lara died and their young son was badly hurt in March 2013 -- in a head-on crash caused by a wrong-way driver on Highway 43. Hernandez left court before the judge was done, as soon as she heard Vikki Robinson wouldn't be spending any time in jail. By then, she'd heard Robinson apologize for the first time, but she wasn't buying it.

In the four wrecked cars and trucks, the shattered glass and the charred metal, Arthur Lara alone would not walk away. A head-on blow from Robinson's Lexus killed the 31-year-old. A few feet behind him, a child safety seat saved 3-year-old Isaiah Lara, but left bruises his mother couldn't miss when she got to the hospital. "I felt the air in the room get thin like I couldn't breathe," said Hernandez, the boy's mother.

Robinson testified she blacked out before the crash that killed Lara. But other witnesses said she passed them on the two-lane highway not long before.

A jury convicted her of misdemeanor manslaughter. Her attorney argued Robinson didn't deserve jail time for the crime. "Recidivism seems unlikely given the substantial negative repercussions of her negligent driving thus far and also the fact that she doesn't have a driver's license," said public defender Micha Rincus.

Robinson has been charged with driving without a license twice since the crash. She read an apology to the Lara family in court. She said she doesn't remember the crash and mentioned the hardships any jail time would mean for herself and her two special needs children. "The person who's really going to go through extreme hardship are the friends and family of Arthur Lara, not the defendant," said prosecutor Kenneth Jenq.

Isaiah Lara still suffers from nightmares and in her apology Robinson asked for forgiveness, saying she'd take those nightmares if she could. But the boy's mother called her unsympathetic and dishonest. "I wish not to carry hate in my heart," Hernandez said. "She will have to answer to a higher power. She will not be able to minimize it."