WABC
By CeFaan Kim
SOUTH BRONX, New York City -- A vigil against gun violence was held Thursday outside of the Bronx hospital where a doctor went on a deadly shooting rampage last week.

The vigil was held across from the emergency room of Bronx-Lebanon Hospital Center.

The Committee of Interns and Residents/SEIU, 1199SEIU United Healthcare Workers East and the New York State Nurses Association held the event to share messages of peace and reconciliation.

"We decided to come to show our last respects," said Edward Mensa, a nurse.

This was not the goodbye they wanted for Dr. Tracy Tam.

"Always ready with a smile. Would just joke. You know we are party of the family medicine department and we really do behave like a family," said Emilienne Enders, a nurse.

"Really so sad. We have a deep, deep depression because we miss her a lot," said Manita Wattanapanam, a nurse.

Nurses who worked side by side with the doctor randomly gunned down by a shooter at Bronx Lebanon Hospital last week, say many of them have not been coming to work.

Some unable to focus on their jobs because of the horror they faced.

Nearly a week later a memorial is covered with messages. There is hardly enough space for any more heartache.

"It reminds us that we're all important. We are all individuals that are important to each other. One hand watches the other," said Gilbert Perez, a medical assistant.

There are also doctors who survived this shooting.

Including one shot in the hand.

But will he ever be able to operate again?

"He just took out the gun and shot at me. And I fell down. I thought I was dead," said Dr. Tariq Hassan, shooting victim.

Dr. Hassan is now a patient.

He was shot on the 16th floor and says he watched as Henry Bello, a former doctor at the hospital, opened fire and sprayed gasoline from a bottle onto a nursing station.

"The person who was shot who was laying behind me started shouting for help and this guy just placed the bottle on the side, took out the gun again and shot him again. So I figured out if I move he'd shoot me again. I just laid there and played dead. Then he started the fire," Dr. Hassan said.

The bullet exited through his wrist.

Doctors say that wrist may never be the same again, but he should be able to return to work...eventually.

"It's a devastating injury. There are a lot of small bones in the wrist and they're not to withstand such trauma," said Dr. Fillip Findling, a surgeon.

But Dr. Hassan did withstand the trauma, likely only because a team of colleagues jumped into action.

After collapsing on the 12th floor on his way to the ER, they carried him.

Among them was Dr. Preeti Jadhav.

A hug from Dr. Hassan's wife reminded all of them of the good that survived tragedy.
PHOTOS: Images from the scene 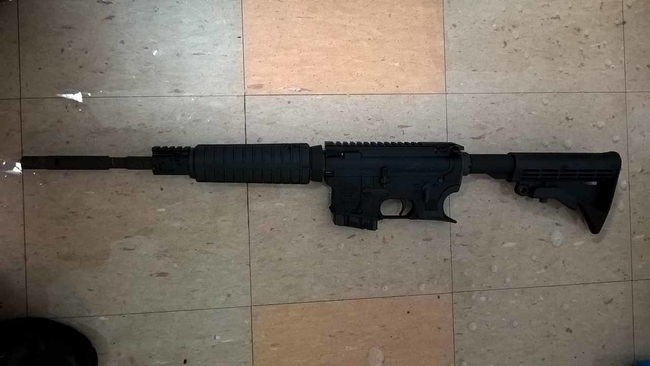 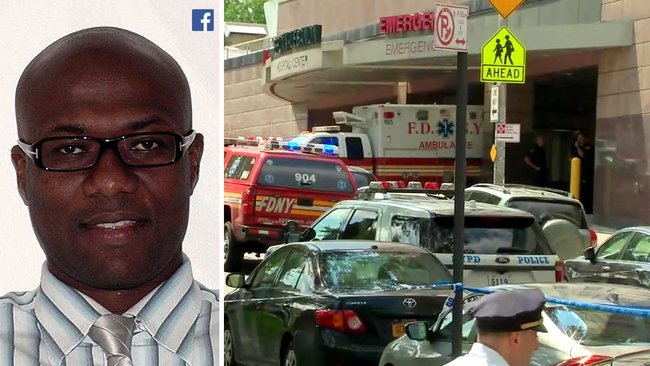