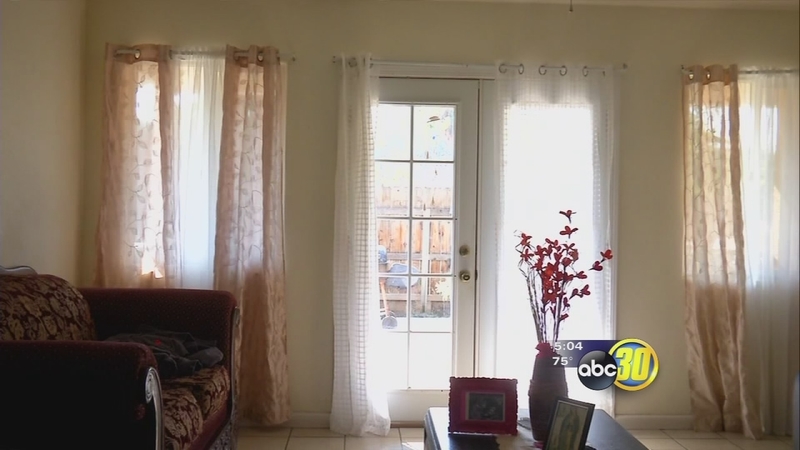 VISALIA, Calif. (KFSN) -- Gustavo Quintero wasn't home when a home-invasion happened but said his family members were. Including his wife, who called him frantically.

"Come here because some people came into the house and put guns on our head and started looking for money. They said where's the money, where's the money? I know you have money, saying bad words."

Thursday night, Quintero said two men forced their way into his family's house on Houston Avenue searching for money and drugs, threatening those inside with guns. He said they assaulted his father and even put a gun to the head of his six-month-old daughter.

Quintero said one man was tall, the other short. One was wearing a mask-- they both spoke Spanish while they were inside the house. They got away with $1,000, which he said his family worked hard for.

But they did leave on thing in the backyard-- a bullet. Quintero thinks it may help the police investigation.

Visalia police believe the home invasion was drug-related and said the investigation is ongoing.

"If you come back, the police is going to be here so-- better stay away," said Quintero.