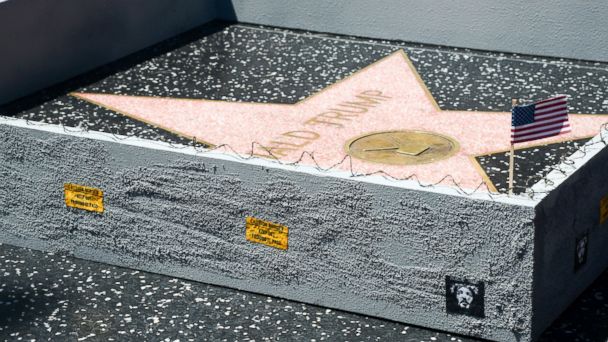 A street artist has installed a miniature wall around Donald Trump's star on the Hollywood Walk of Fame in Los Angeles.

The 6-inch tall concrete wall, which features razor wire, "Keep Out" signs and a mini American flag, was built by a street artist known as Plastic Jesus, who has also placed "No Trump Anytime" signage outside Trump Tower in Chicago and other locations. The art installations are typically left in place for a short period and then removed.