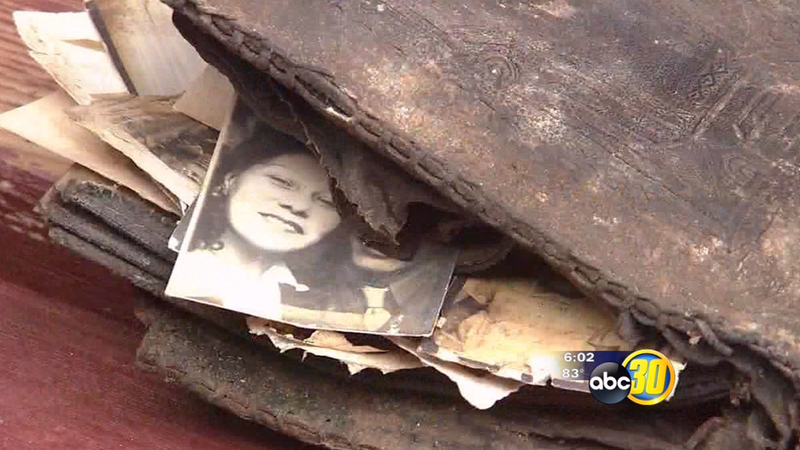 MADERA COUNTY, Calif. (KFSN) -- A wallet lost overseas during World War II is back in the hands of a Madera County veteran.

Eligio Ramos has seen more in his 91 years than many can even imagine, including the bloody battlefields of World War II. He fought with the 250th field artillery and helped liberate starving prisoners.

Rosando Ramos, Eligio's son, said, "They were coming out of the concentration camps and dying in people's arms, but at least they were free."

But one thing Ramos never expected to see again was the wallet he lost when his battalion took shelter in an Austrian farmhouse back in 1945.

"They went through so many little villages and stuff he didn't even think about the wallet anymore," said Rosando. "They had other problems on their hands, so the wallet was very minimal."

But a letter that arrived in the mail on June 18th suddenly made it significant.

Sylvia Gonzalez, Eligio's daughter said, "To my surprise, when I was reading it and my dad was having breakfast. I go look dad, they found a wallet and it's for you, and they're looking for you."

The letter came from Doctor Josef Ruckhofer, whose late grandfather owned the farmhouse in Salzburg where the soldiers stayed. He found the wallet while removing some old wooden planks and then searched online for Ramos based on his old army ID card.

Dr. Josef Ruckhofer explained, "I was looking for the whole U.S., and I found one with the birth year there in California and I thought the name was right and the birth year is right so if he's still alive, I will try my luck and send him a letter."

Dr. Ruckhofer was excited to receive a response and soon shipped a small box containing the priceless cargo. After weeks of waiting, the wallet arrived here at Ramos's Madera County home, marking the end of a 6,000 mile journey. And now it's back in this hero's hands for the first time in 70 years!

Eligio said, "I would like to thank the man."

The leather wallet is weathered but still intact and was filled with dozens of family photos.

Several relatives gathered at Fresno's VA Hospital Tuesday to share in this special reunion, including those in the pictures. Ramos' children say this lost and found treasure will now be cherished for generations to come.

"This wallet, if it could only talk," said Rosando. "It's been through a lot so we're going to frame everything that was inside, all the photos, the military paperwork he had in there. Everything will be on exhibit at our house, haha."

Ramos and his children have attended several reunions with members of his battalion over the years, but they say he is now one of the only remaining survivors. His wife also passed away earlier this year.