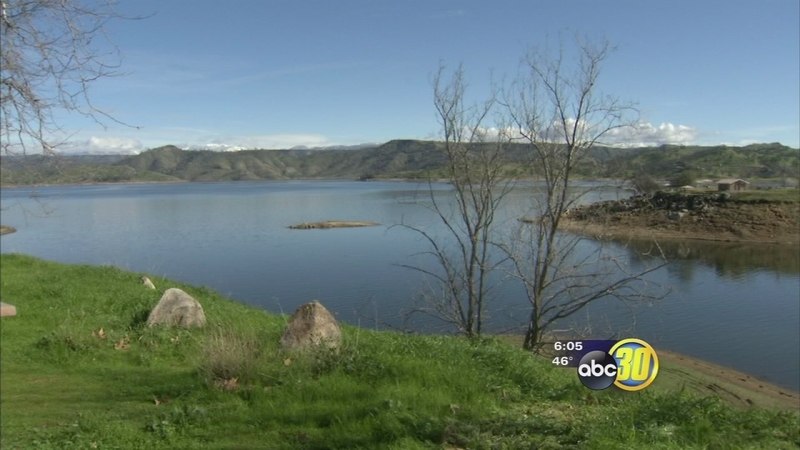 FRESNO, Calif. (KFSN) -- Experts say it has been an abnormal January when you consider all the rain California has received, however they say it's still within reason. The amount of rainfall has the state on pace to recover after years of drought.

Central California lakes and reservoirs have benefited greatly from a rain-soaked January. All the precipitation has worked its way into waterways like Millerton Lake in Fresno County - pushing water levels at an impressive rate following years of devastating drought.

"January, for this part of the state, has been the second wettest since 1945," Peter Funkhouser with the Department of Reclamation said.

Funkhouser is a water engineer for the bureau of reclamation, and he's currently busy monitoring water releases coming out of Friant Dam.

It's a considerable amount of water when you think about the impact the drought has had on this region over the last few years. Rising water levels at places like Millerton Lake have boaters intrigued to check out the overflow.

"I heard it's good right now because it's full of water so it's better than in other years," resident Guillermo Gauna said.

It's perhaps the best it has been in 20 years, according to Funkhouser.

"We had a pretty wet year in 1997, that was our last year that was pretty close to where we are," he said. "And maybe, overall, if we didn't have any more rains this year, we would probably be at the 1997 level."