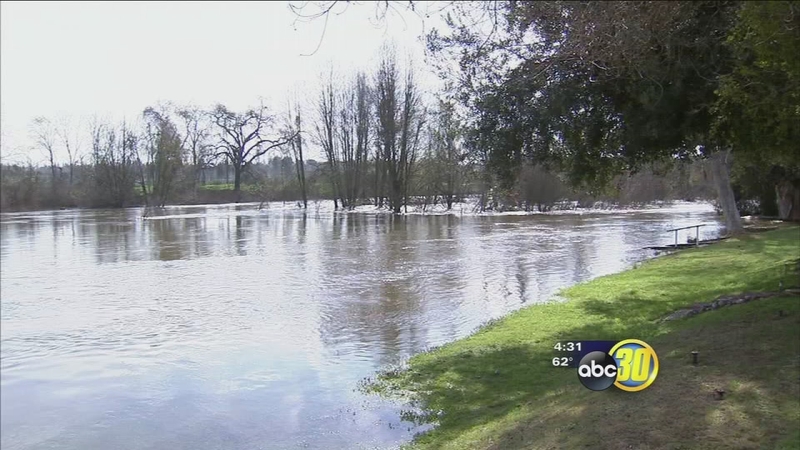 FRESNO, Calif. (KFSN) -- With underwater stairs and a submerged gazebo, there are visual reminders of just how high the San Joaquin River has reached near the Wildwood Mobile Home Park in Madera County.

But despite the fast-rising levels, experts don't believe residents are in any immediate danger.

"I'm cautiously optimistic," resident Jim Cobb said. "There's always a chance of a flood, always a chance. There's a chance the house next to you will catch on fire, but as far as panicking because of the height of the water now, no, it's not something to be worried about."

Most of the flow is coming from Friant Dam and officials said they will be releasing the maximum amount of water without hurting the park.

As of Monday, 9,000 cubic feet per second was being released, which is the equivalent of nearly 70,000 gallons of water per second.

"You want to release as much water as you can without flooding Wildwood," Cobb said. "At the same time, you're monitoring those areas that come into the river downstream."

Experts are confident Wildwood won't experience another flooding like the one that took some homes and evacuated the park in 1997.