KFSN
BERKELEY, Calif. (KFSN) -- The drought and the cutoff of state and federal water supplies have Valley growers relying on wells to bring underground water to the surface to irrigate their crops. But all that pumping is having consequences that are really starting to sink in above and below ground.

A 500 horsepower electric pump is sucking up water from nearly 500 feet underground. It's all that's keeping Mike Woods' 1,900 acres of crops alive.

"This is pumping 4.4 cubic feet per second, which is about almost 9 acre feet a day," said Woods.

Nine acre feet per day is enough water to provide a dozen family homes with all the water they need for a year. There are thousands of pumps like this, pulling water from deep underground up and down the San Joaquin Valley around the clock.

"It's critical, it's what's saving us right now because without the wells everything but our trees would be fallowed right now," said Woods.

But pumping causes the ground to sink or subside. Professor Roland Burgmann at UC Berkeley estimates 40 cubic miles of water has been extracted and points to satellite measurements which show the Valley has sunk so much, it's actually pushed the Sierra Nevada mountain range up six inches.

"So yes, the mountains have risen that much since the early 20th century, so since over 100 years ago," said Dr. Burgmann. "That would normally take millions of years."

Rising mountains may not be obvious but subsidence is visible in the western Fresno County community of Three Rocks where buildings sink and roadways rise and fall. A historic photo shows the land sunk the height of a telephone pole back in the 1930s. It's dropped another dozen feet since then. The underground water is now hundreds of feet further down.

The worst subsidence is now occurring in the Tulare Lake Basin in the South Valley.

"There's a bulls eye of subsidence in that area where things are moving substantially faster than anywhere else," said Burgmann.

Scientists at UC Berkeley have determined that pumping groundwater not only makes the surface of the land collapse, or subside, but that that subsidence could actually trigger earthquakes.

"So when we are flexing up, removing water from the surface, that also introduces tension across the
San Andreas Fault which runs right along the Central Valley," said Burgmann. "And so the less water there is, the Earth flexes up the more we are tugging at the fault and that makes it easier for the San Andreas Fault to move."

Groundwater pumping near a major fault line was blamed for a massive earthquake that hit the city of Lorca, Spain, in 2011. Burgmann doesn't believe pumping can actually cause a quake, just help it along.

"It could make the next big earthquake happen ever so much earlier than it would have anyways," he said.

But while Burgmann believes a significant quake triggered by pumping is possible, he says a more immediate concern is the damage subsidence can do to roads, bridges, rail lines and canals. And he warns the water being pumped out can't readily be replaced.

"So if we just pull all of that water out and we can't really put that much back in then it's a permanent loss of our most precious resource," said Burgmann.

It's something Woods is well aware of, but as the drought continues, pumping water is the only way to keep his farm alive.

"Given a perfect set of circumstances, we would prefer not to use well water. But we are in a situation now where it's essentially our life blood," said Woods.

For Burgmann, what's happening now is a lesson in how the drought -- the result of a change in the climate -- can lead to changes not only on the land, but under it as well.

A recent report from the California Water Foundation says pumping water from beneath the San Joaquin Valley has caused the land to sink over a 5,000-square-mile area. It's being called the greatest human alteration of the Earth's surface anywhere. The ground is continuing to sink at the rate of 1 foot per year in parts of the South Valley. Geologists say once the ground collapses, the underground aquifer can't be refilled. 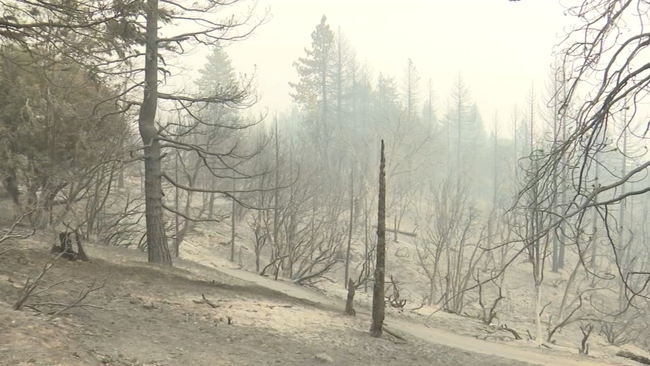 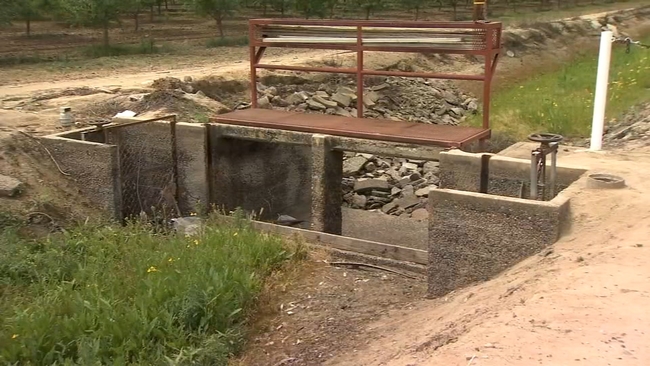