Were the drought restrictions necessary? 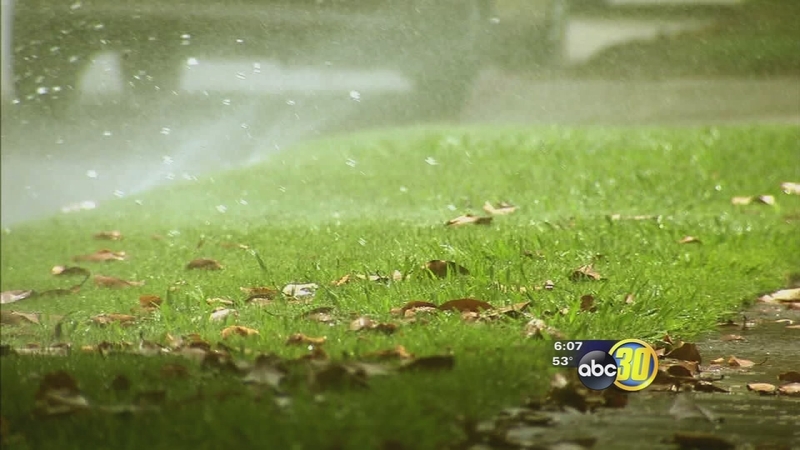 Were the drought restrictions necessary?

FRESNO, Calif. (KFSN) -- Driving through Beverly Hills, it doesn't look like everybody was listening when on April 1st Governor Jerry Brown said, "The idea of your nice little green grass getting lots of water every day, that's going to be a thing of the past."

Beverly Hills, like most California cities, did impose two day a week watering restrictions to save water but cut use by only 20-percent, well short of the 32-percent ordered by the state. The city was recently fined $66,000 for failing to comply.

Clovis was under the gun to cut consumption by 36-percent and managed 33-percent, and it shows. Assistant Public Works Director, Lisa Koehn, thinks the state-ordered cuts took a toll on landscaping throughout the city. "It's very unsightly, it's going to cost money to someday replace that, with other plantings or remove it, we've had a great loss of trees."

One casualty was the Christmas tree in front of Clovis City Hall. It succumbed to disease because of a lack of water and will have to be replaced.

Many residents responded with drought tolerant lawns and fake grass. But, at UCLA's horticultural gardens Actions News met with University of California Extension Service Horticulturist, Don Hodel. He doesn't believe our public and private landscaping had to suffer. "My concern with the way the state imposed watering restrictions, is they were made without any knowledge of how plants grow, how they interact with the soil, how water moves into the soil and how the soil holds water."

Instead of two days a week restrictions, Hodel believes that practical watering advice could have saved plants and trees. "We can have, or retain, our landscapes and receive the benefits they provide if we simply watered in a more precise or judicious manner and we have the research to support that position."

Hodel isn't sure if the state consulted any experts. The State Department of Water Resources was charged with implementing the Governors drought order, and Bill Croyle, the agencies Deputy Director, agrees it was a rush job. He told Action News, "Part of this was one size fits all there wasn't a lot of time to get on top of this. The state water board was following the executive order."

Hodel questions whether the order was even necessary. Noting, landscaping uses just a small fraction of the states water supply. "So if we never watered another tree, shrub, ground cover, blade of grass, potted plant in California again, the state would save 7-percent of its total water use. That's not very much when you consider all of the amenities and benefits that plants in the landscape provide to urban living."

Cutting that 7-percent by a quarter meant the savings amounted to less than 2-percent of the water supply. Hodel was among the first to publicly question the Governors watering restrictions in an LA Times Op-Ed piece, and wonders if there was a political motive. "Maybe people will think yes, I've really suffered, I haven't been able to water my trees and my plants, so, yes, I want to vote for this new twin tunnels project, maybe that's what the agenda is."

Political or not, there's no question the restrictions have saved water. Fresno Public Utilities Director Thomas Esqueda believes Fresno's 27-percent savings will pay off. "When we save a gallon of water we save water that is underneath our feet, so that's water we can go back and get later in the event this drought continues for a fifth year. "

But Koehn notes the groundwater saved by cities did little to benefit the overall supply. "Our savings were vastly outweighed by the pumping that was done to provide enough water for the crops."

Hodel supports water conservation, He just thinks our yards, parks and medians don't have to be sacrificed. "There's a better way to go about it than what the state policymakers have given us."