Why Hurricane Patricia Intensified, Then Weakened, So Quickly 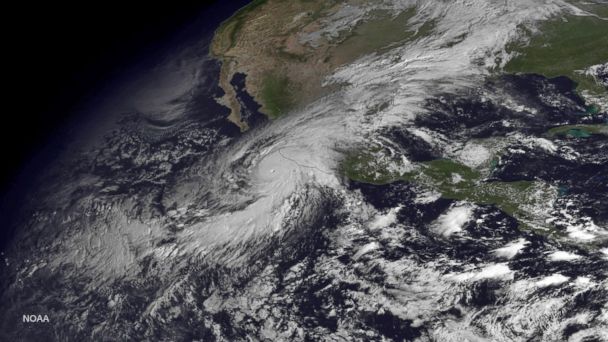 Hurricane Patricia recently earned the title of the strongest storm on record in the Western Hemisphere after wind gusts reached up to 200 mph at one point on Friday, according to the National Hurricane Center (NHC).

In less than 36 hours, Patricia went from being "an area of interest to a tropical storm to a Category 5 hurricane," according to Dennis Feltgen, a spokesman and meteorologist for the National Oceanic and Atmospheric Administration (NOAA. And in just a little over 24 hours after making landfall in Mexico, Patricia rapidly lost steam, dissipating quickly.

"When Patricia went from a tropical storm to a major Hurricane, it was in an environment absolutely ideal for rapid intensification," Feltgen said. "There were two big players for this."

The first, was the "unusually very warm ocean waters near the coast of Mexico, which are a signature trademark of El Nio season," he explained. "The second, was the fact that there was no wind shear, which means there was no change of wind direction with height. Wind shear tends to disrupt or completely break up the storm like in Hurricanes Danny and Erika earlier this season."

Feltgen said that such factors created "a potentially catastrophic" hurricane, but "as fate would have it," Patricia made landfall around 6:15 p.m. local time along a sparsely populated area on the coastline of Mexico.

"Once the center of the storm intersects with the coastline, that's when it's considered landfall," he explained. "Then as that center keeps moving inland, it's cut off from its fuel supply: the warm ocean waters, and it weakens."

Feltgen added that Patricia, which was deemed a tropical depression" late this morning, is currently "going over some pretty tall mountains, which disrupt the circulation of the storm, so it can't continue it's counterclockwise rotation. It's being broken apart."

The storm is forecast to dissipate, though "we're not quite done with this storm named Patricia yet," Feltgen said.

"Right now, there's an area of low pressure forming along the Texas coastline today and tomorrow, and it's already been raining there thanks to another front," he said. "That non-tropical area of low pressure is drawing in more moisture from the Gulf and the remnants of Patricia."

The bottom line? More heavy rain for Texas over the weekend, that will spread eastward towards Louisiana, Mississippi and possibly Alabama throughout the upcoming week, Feltgen said.