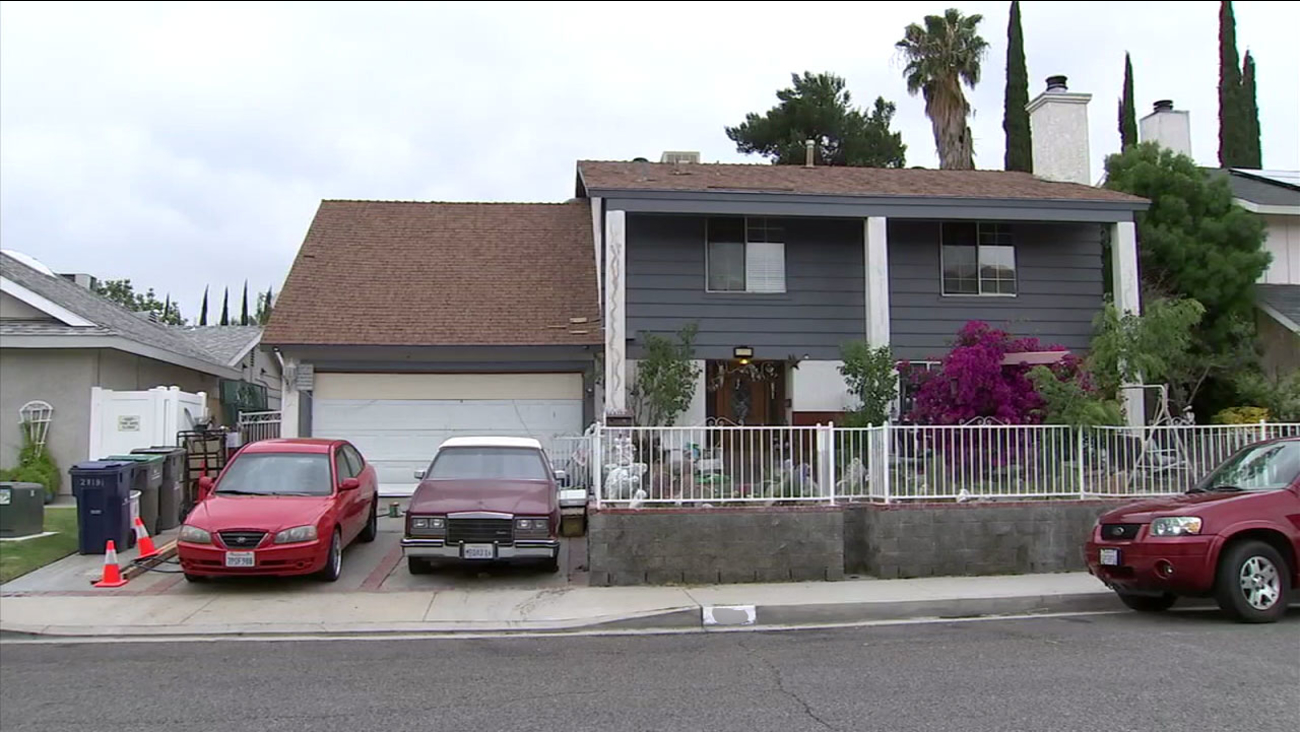 A home that authorities believe an elderly woman uses to deal drugs is shown in Santa Clarita. (KABC)

SANTA CLARITA, Calif. -- A 75-year-old woman was arrested on suspicion of selling drugs out of her Saugus home, which resulted in authorities conducting an early morning raid of the place Tuesday.

Video from security cameras inside the house, located near Alaminos Drive and Calwood Street, showed Los Angeles County sheriff's narcotics investigators conducting the raid. It was the second one done on the home within two years.

The video was provided to Eyewitness News by a renter at the home who said authorities did not find any drugs.

But authorities said the house is a haven for heroin and meth users. Investigators recovered a cache of drug paraphernalia at the house.

"It's been, according to the detective, a problem house. They've received numerous calls about that location," said Shirley Miller, with the Santa Clarita Sheriff's Station.

Narcotics officers arrested 47-year-old John Schlender and his 75-year-old mother Carolyn Schlender. John Schlender was arrested on suspicion of being under the influence, while his mother, who owns the home, faces felony charges for running a drug house.

Several neighbors who spoke to Eyewitness News confirmed they're troubled by what they've seen over the years.

"Most neighbors tell me that their feeling is that there is definitely a lot of drugs," neighbor Jack Getskow said.

John Schlender, who was released from custody, said he is being harassed by authorities and that his mother is bedridden from multiple sclerosis.

"That's what people think because a lot of people come here that I sell drugs or stuff, but I don't. I was just trying to take care of my mom," he said.