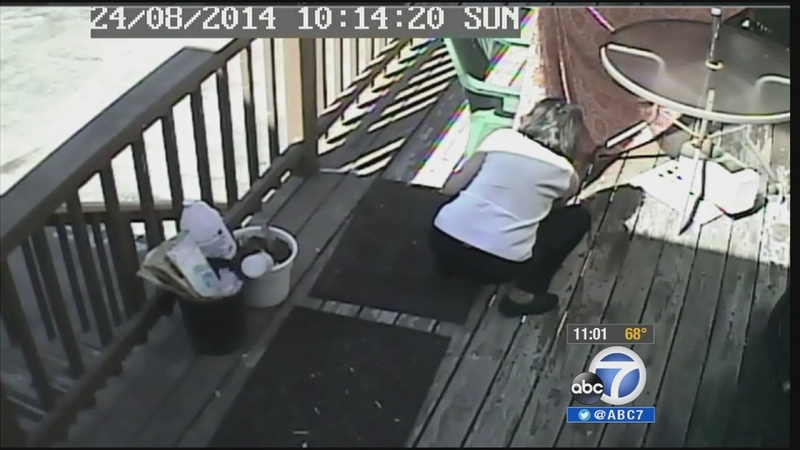 EL SEGUNDO, Calif. -- A woman has been detained in connection to the arson investigation in the El Segundo area.

Authorities say the woman was detained at about 7 a.m. Tuesday and was being questioned by detectives.

Surveillance video caught a woman starting a fire in El Segundo, and she may be linked to several acts of arson in the area.

In the video from a Main Street business, a woman between the ages of 55 and 65 walks around smoking a cigarette, before making her way over to patio furniture. She bends down and uses a lighter to ignite an umbrella. Seconds later, the umbrella goes up in flames.

Seven arson fires have been reported on the Main Street area since the end of July, police said.