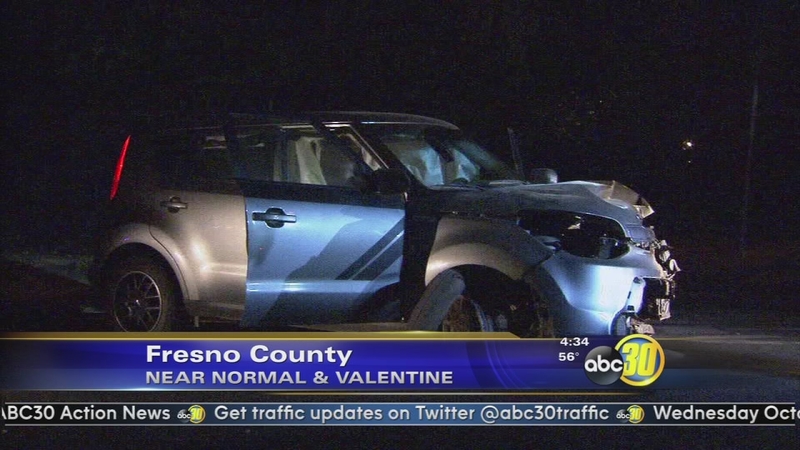 FRESNO, Calif. (KFSN) -- A woman is under arrest, after crashing into a power pole in a car that was reported stolen.

The crash happened around 11 p.m. Tuesday near Valentine Avenue and Normal Avenue. The suspect, Christina Lopez, was being chased by a deputy. She allegedly threw a beer bottle out of the car before losing control and crashing. She ran from the scene and was arrested.

Lopez was taken to the hospital to be treated for her injuries. It's unknown if she was driving under the influence, but investigators are looking into it.