Woman struck by vehicle at Blackstone near Magill 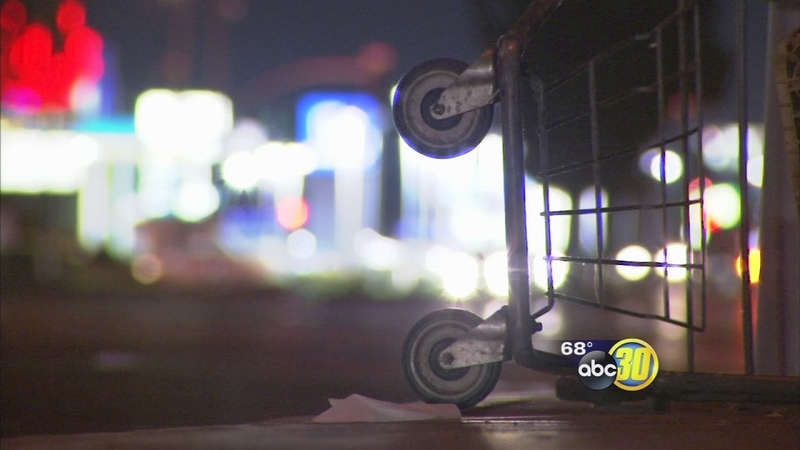 Woman hit by car on Blackston and Magill

FRESNO, Calif. (KFSN) -- Police say a woman is not expected to survive after being struck by an SUV on Blackstone Avenue in Northwest Fresno Thursday night.

Police received 911 calls of a pedestrian hit by a vehicle at around 6:45 p.m., near the intersection of Blackstone and Magill.

The woman, described to be homeless and in her 50's, was jaywalking across Blackstone when she was hit by a black SUV in the southbound lanes.

Police say the pedestrian, who was pushing a shopping cart and wearing dark clothes, was at fault in the accident.

Southbound traffic on Blackstone at Herndon avenue was blocked for at least an hour.