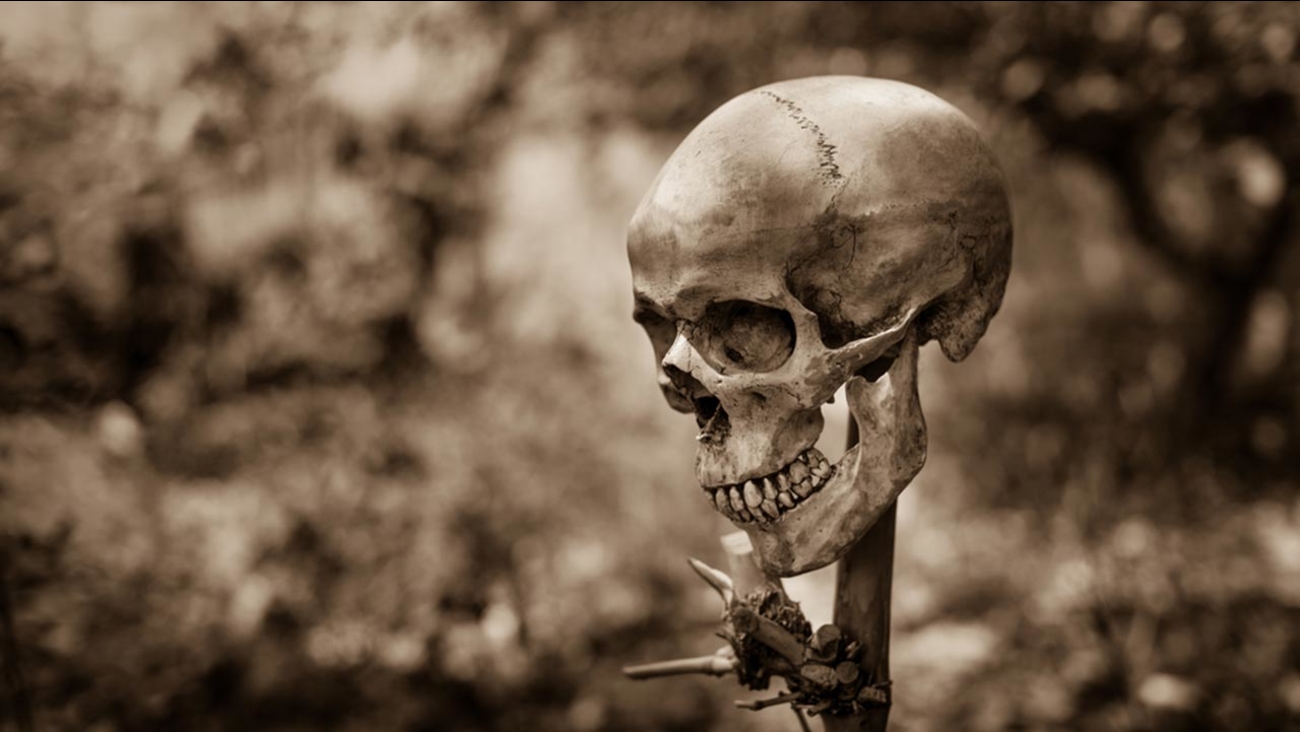 SACRAMENTO, Calif. (KFSN) -- It sounds like a Halloween prank but Sacramento police say it was all too real.

Authorities say a homeless woman led them to a decomposed body after she was seen walking down the street with a human skull on a stick.

"There was a transient female walking down the 2900 block of Connie Drive. She actually had a skull in her possession," Sacramento police Sgt. Bryce Heinlein told KTXL.

Sgt. Bryce Heinlein says the woman told them she had found the skull and led them to an abandoned homeless camp a couple blocks away. That's where officers found the rest of a decomposing body on Wednesday.

"A call like this is not something that happens every day. We hope we can get down to the bottom of what caused this person to become deceased," Heinlein said. "She brought the officers to the area where she located the skull."

The coroner will determine the identity of the remains and the cause of death.