Worms in the water in small Texas town 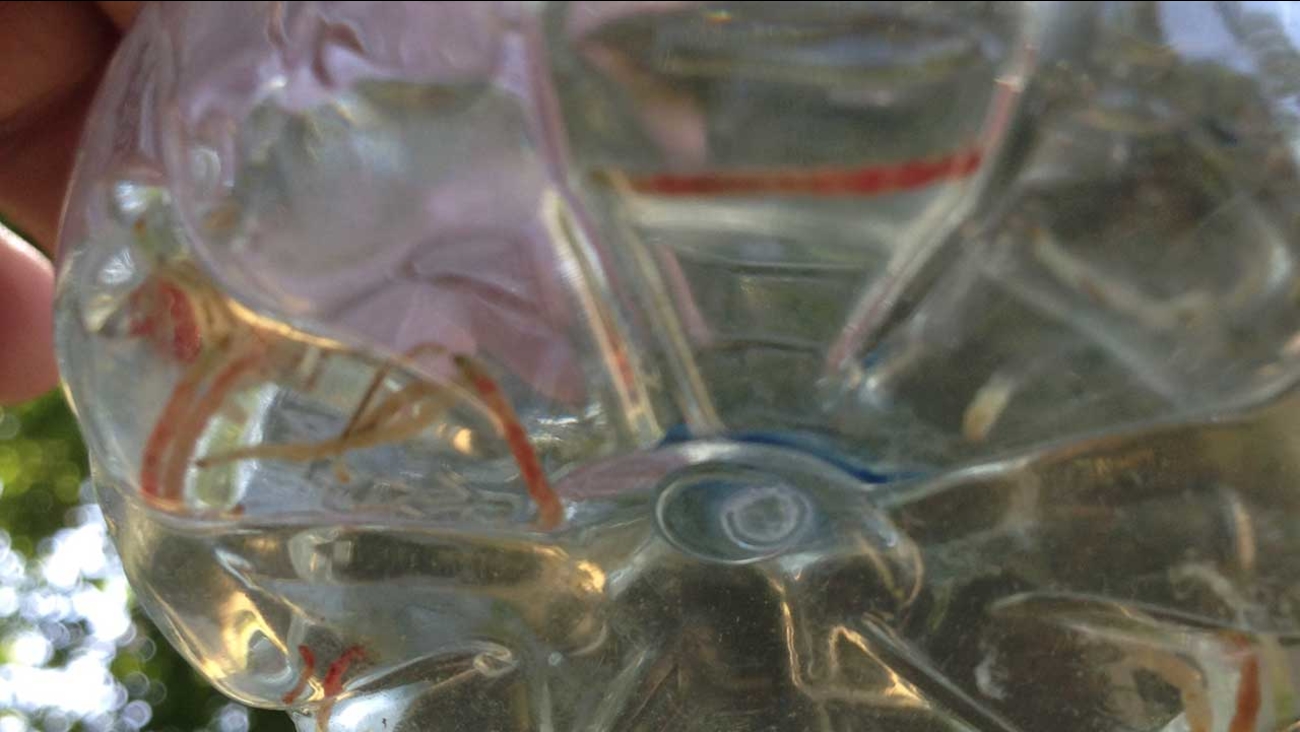 OLD RIVER-WINFREE, TX -- Worms in the water. That's what residents of a small east Texas town say they are dealing with.

Old River-Winfree resident Tara Miles said she first noticed the worms Tuesday in her bathtub and after collecting a few, she heard neighbors found the same thing.

Two streets over were more jars of water with worms.

"This is gross," said homeowner Sandy Cook. "This is just gross."

Cook says the worms her husband found came right from her sink.

"He undid the filter to our faucet and it was full (of worms)," said Cook. "Like tannish brown and some of them were red."

Cook and city officials have called the Texas Commission on Environmental Quality, the state agency that oversees the local water company. State officials say someone will be out this week to take the samples.

We checked the sinks of other homes and found no traces of worms. J and S Water Company supplies water and sewer to Old River-Winfree. A company spokesperson told us no worms have been found at the half dozen system test sites, but as a precaution the entire system has been flushed, chlorinated and a boil water notice in now in place.

J and S officials say they did have a system failure a few days ago that shut the flow of water off for about 16 hours, but owners insist it was not long enough for worms to get into the water supply.

Wednesday afternoon, the mayor and residents planned to meet with water company officials but no one from the company showed up.

Residents say until state officials give the all clear, they are not drinking, bathing, washing clothes or even watering pets from the tap.