On Football: The mysterious journey into NFL 2020 begins

AP
By Barry Wilner
Van Morrison sang about going "Into the Mystic."

The Grateful Dead called it a "long, strange trip" in "Truckin'."

The young women in "Frozen" contemplated "Into The Unknown."

Whatever your choice of musical genre, they all apply to the NFL's next few months. Or weeks. Or days. During a pandemic, who knows?

"I don't expect it at all to go smoothly throughout the whole season," 49ers coach Kyle Shanahan says. "Whether there's COVID or not COVID, so many things happen in an NFL season that it's always a different team that you end with than that you started with just with the injuries and everything that happens. On top of that, putting in a pretty unprecedented thing that we are going through with the state of this pandemic and everything. I definitely expect things to happen.

"You've got to be ready to adjust to all of that. Everyone's going to do as good as they can, which I think we have as good of a situation as possible with that stuff. You're expecting things to happen when it does. So, you just deal with it the best you can, you make sure people are healthy and you're doing things the right way, And you hope you never have something where it makes it impossible to go out there and compete."

That's a possibility, of course. The league has contingency upon contingency, ranging from postponing or moving games to canceling some to, yes, playing the Super Bowl after Feb. 7. Perhaps well after.

But, keeping with the musical interludes - after all, the stands will be barren in most stadiums, so we need something - let's examine, as Kenny Chesney suggests, the "Here And Now."

The first few weeks of the schedule in normal times tend to be marred by mediocre play caused by sloppiness. Starters and other key members of the roster would get little to no work in preseason games, making for a melange of mistakes that fade as the season progresses.

With no preseason games, no in-person offseason work except a modified training camp with few segments of hitting, and no chemistry developed, the product that millions upon millions of fans have awaited might be shabby this month. The Texans' defense showed that on Thursday night - yes, we know they were playing the powerful Chiefs - with missed tackle upon missed tackle.

"I think when you watch NFL football in September, regardless of the year, you see a degree of bad football out there on the field," says Joe Judge, the new coach of the Giants and, likely, a front-line witness to such problems at the outset. "Turnovers, penalties, some mental errors. You see some things within the flow and the operation of the game that isn't the way it looks later in the season. That's just the truth of the National Football League every year.

"Obviously, we're coaching to eliminate bad football. That's my goal as a head coach. I don't know if this year will be any different. I can't turn around and say it's going to be better or worse. But I think in September, you always see your share of bad football as it turns up on tape."

The NFL at last is recognizing the issues Colin Kaepernick was attempting to bring light to when he kneeled for the national anthem in 2016. It is supporting the cause with words, money and deeds - though the players aren't convinced those deeds are having the impact sought.

Still, the players' (and coaches' and team personnel and executives') right to free speech and peaceful demonstrations will be on display for as long as games are played in 2020. Players will honor victims of racial and social injustice and police brutality by wearing their names on decals. There will be slogans in the end zones. There will be more kneeling or other methods for getting out the word - including remaining in the locker room during pregame playing of the anthems.

There will be steady and widespread initiatives to get people registered to vote - and then into the voting booths or able to submit absentee and mail-in ballots.

"We're going to support any player and every player however they want to protest or whatever they want to do from that standpoint," says Dolphins coach Brian Flores, who is Black. Flores' players have demanded in a video that "owners with influence and pockets bigger than ours ... call up officials and flex political power."

"Those conversations are ongoing and again, I think the topics they're talking about are very serious, and we respect each guy's opinion and right to protest or not protest," adds Flores, whose Dolphins plan to remain in the locker room during the songs on Sunday. "But I would also say that a lot of the guys, they just want to focus on the game and that's in more of those conversations - how do we do whatever we're going to do, but also just have our total focus on the New England Patriots."

Flores brings up a significant point. The tunnel vision that once caused Don Shula to think actor Don Johnson of the TV show "Miami Vice" was actually from the police department will be rare. Perhaps impossible.

Players won't be in a bubble like the highly successful dual sites the NHL has used. Their situation will be more that of Major League Baseball, with players - and all other team staff - being trusted to, as one general manager says, "act like responsible adults."

"There's a lot going on right now for head coaches in the National Football League, and it's not just about trying to get the roster to 53," Eagles coach Doug Pederson said before cutdown day. "It's social issues. It's pandemic issues. A lot of these teams are getting ready to travel for road games and things. We're going to kind of get out of our bubble just a little bit with the season creeping up on us, so we're dealing with a lot of things.

"But the majority that I've talked to are in support of their players, and we're trying to figure this thing out together. "
Report a correction or typo
Related topics:
sportsnflcoronavirusu.s. & worldrace in america
Copyright © 2020 by The Associated Press. All Rights Reserved.
NFL 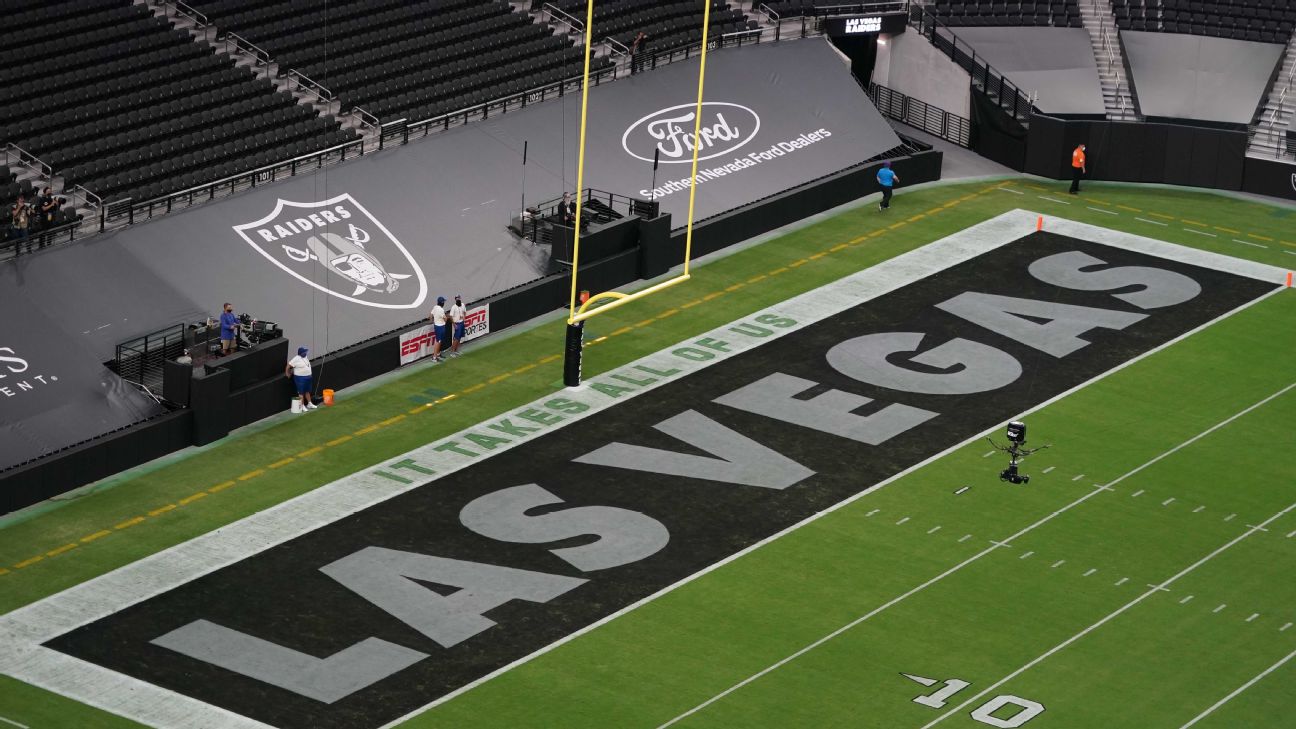 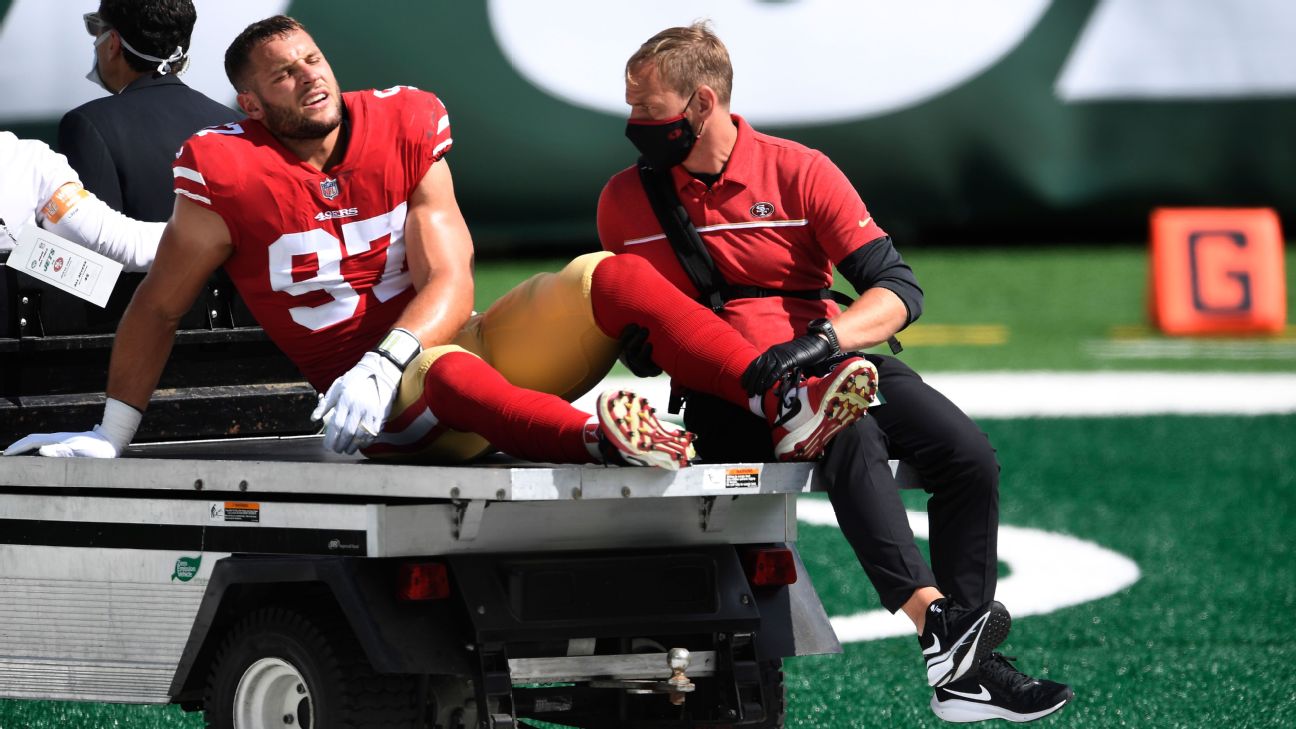