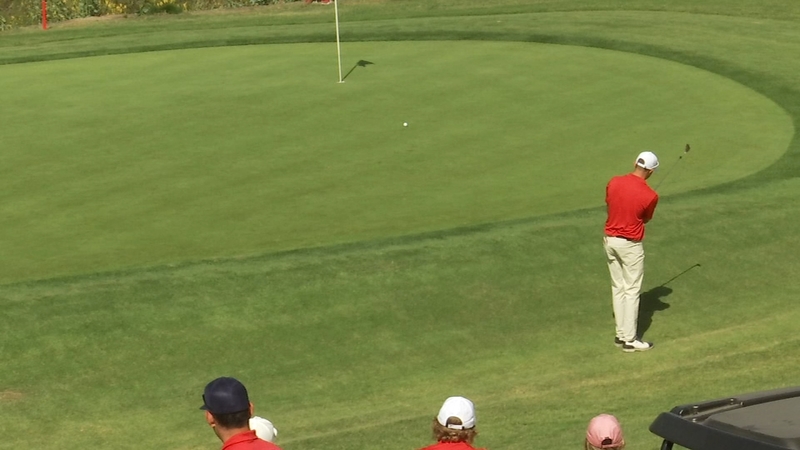 Bulldogs sputter in final round of Nick Watney Invitational

The Bulldogs would sputter down the stretch finishing in third place at +2, +10 for the day.

"We didn't have our best stuff," said ninth-year head coach Chad Spencer. "I think the wind got to us a little bit didn't execute the way that we normally do."

Seldon Doyle and Michael Cliff both finished in a tie for sixth at -2.

"I think they wanted to win, I think it's going to sting a little bit. You want to win the home tournament when you're in position like that but at the end of the day, we're going to stay positive," Spencer said.

Someone who had no trouble executing, Michael Jura III. The Bullard grad was one of two players from Stanislaus State to get an invite. The senior shot a final round of 71 to post -4 for the tournament and finish runner up.

"Just knowing where to go, having that 10 years of experience on this golf course. That definitely helped my game this week for sure," Jura told Action News.

Ethan Davidson from Sacramento State is the winner at -7 thanks to a final round 68. If that sounds familiar, it's because he's the back to back winner of the Fresno City Amateur.

"I think back at Riverside the first time I won, I was a couple back, so I was thinking about that last night," Davidson said. "You've been in this situation before. It's you vs. the golf course. You've done it before in Fresno at a golf course not far from here. Just go back to what you know how to hit and have fun.