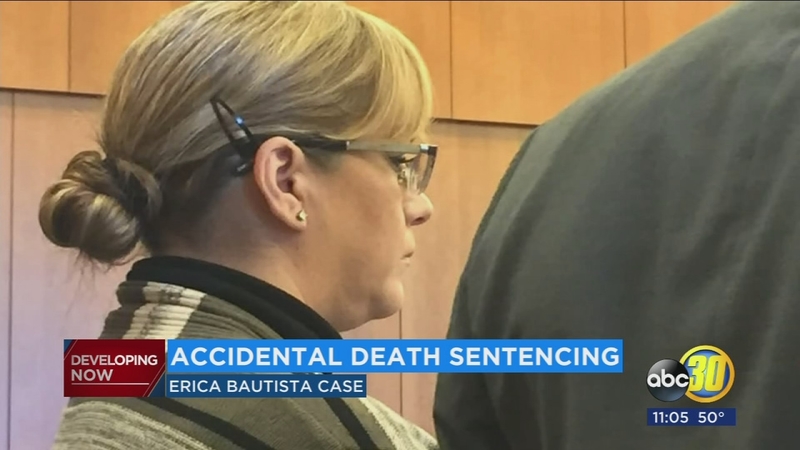 FRESNO, Calif. (KFSN) -- Only still pictures were allowed when Erica Bautista appeared in a Madera County Courtroom Friday. Much has changed in her life in just a year. She lost her son and career of 16 years.

Particularly the most compelling thing in this case was the fact that it was her own child that died. I met with the father of the child, the family members this is not the kind of case I want to throw the book at," said Linn.

Bautista did not comment nor did her attorney as she left the Madera County Courthouse. The district attorney said the circumstances warranted the manslaughter charges. They were removed when she agreed to a conditional plea.

Last year, detectives say Bautista was on her bed with two of her young children. A gun was also present and somehow her toddler got a hold of it and it was fired.

Although her personal pain is great, the district attorney said the punishment- which includes counseling, was the appropriate sentence.

"I know how terrible she feels because of what happened and she is going to suffer. She will no longer be a correction officer. She is losing her retirement, losing her job there. Will never be able to work for law enforcement," said Bautista.

She had to give up all of her guns and the judge gave permission for them to be destroyed since she can no longer own any weapons.
Report a correction or typo
Related topics:
chowchillacourtcourt caseaccidental shootingmadera county
Copyright © 2021 KFSN-TV. All Rights Reserved.
More Videos
From CNN Newsource affiliates
TOP STORIES