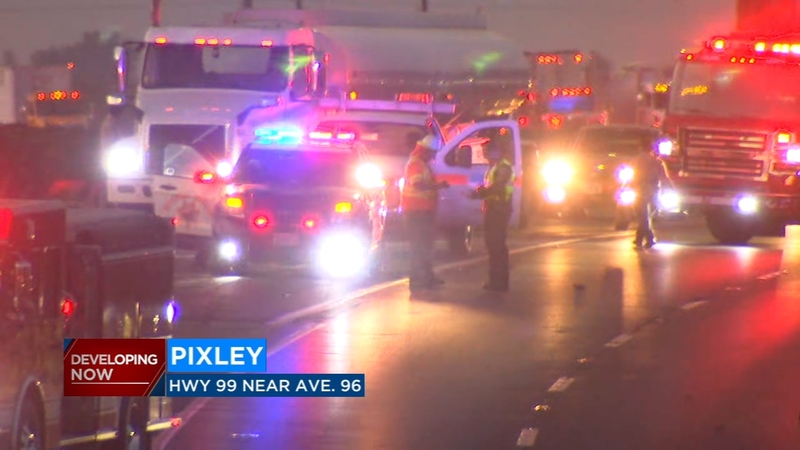 FRESNO, Calif. (KFSN) -- A man is dead after he was struck by an SUV while trying to cross Highway 99 in Pixley on Thursday morning.

The California Highway Patrol says a driver in a 2011 Mitsubishi Outlander tried to avoid hitting the man has he crossed, but the two collided.

Happening now: Detour on North bound Hwy 99 & ave 96 in Pixley because of a fatal accident involving a pedestrian and a vehicle @ABC30 pic.twitter.com/N7sRA6YzhB

The man died at the scene, authorities say. Officers were investigating to determine why he was trying to cross the highway.

The driver stayed at the scene and cooperated with officers. CHP officials say drugs or alcohol were not factors in the collision.